The mood at the Connected Industries Conference in Johannesburg in June was hard to pin down. Fear? Not really: there was plenty to be optimistic about as the speakers at the Ticketpro Dome described the dawn of the industrial internet of things (IoT). Panic? No, not exactly – but there was a definite sense of the troubles that will befall any organisation that fails to embrace what delegates were calling Industrie 4.0. ‘The Fourth Industrial Revolution is already happening, and organisations have to start changing now,’ one speaker intoned. ‘It’s a question of survival.’

Unquestionably, change was in the air. As Michael Ziesemer, chairman of the German Electrical & Electronic Association (ZVEI, or Zentralverband Elektrotechnik- und Elektronikindustrie) noted, digitalisation had already driven fundamental and rapid change across industry and society. ‘As recently as 15 years ago, nobody wanted to read their newspapers on a screen,’ he said.

‘Now we have tablets and new digital news models, and traditional media are under pressure. The arrival of digital photography changed the industry and once-strong brands like Kodak are gone. In the hospitality sector, hotel chains have dropped off the first page of Google search in favour of booking services and apps. Hotels have lost their direct relationship with customers in under a decade.’

There’s a similar sense at every business leadership conference you go to these days. Part excitement, part foreboding – and entirely soaked through with the understanding that change is well and truly upon us.

In early 2015, Oxford University’s Said Business School released a report – prepared with global executive search firm Heidrick & Struggles – at the World Economic Forum in Davos. Titled simply the CEO Report, it provided a snapshot of the collective state of mind of more than 150 CEOs, drawn from a wide range of sectors around the world.

‘Assured of their anonymity, these senior executives reflected openly on their leadership challenges and experiences,’ the report noted. No kidding. Freed from the gags and shackles of on-the-record approvals and marketing manager sign-offs, those anonymous CEOs offered candid insights into what’s really happening behind their mahogany desks.

Speaking about change, some 94% of the CEOs interviewed emphasised its pace or speed. ‘Trying to forecast the future has become an impossible task,’ one said. ‘Every successful business model works until it doesn’t,’ noted another, adding that ‘this strategy we’re working on today is going to be supplanted by something else. [Economist] Michael Porter used to talk about sustainable competitive advantage… There is no “sustainable” anymore, but you still have to find competitive advantage’. 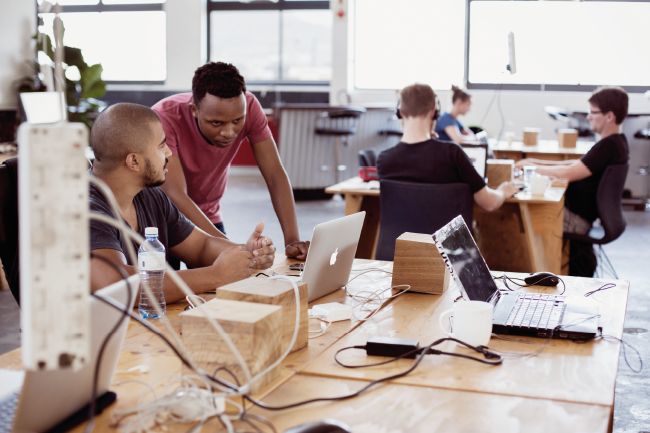 Some CEOs expressed a need for long-term perspective. ‘The world has changed and stability is different than before,’ one said. ‘Although we have selective memory in the sense that we think we are living in the most turbulent times you can imagine.’

The report focused on the speed of change in modern business but also highlighted two additional, more subtle aspects of change that are often drowned out by the overriding pre-occupation with urgency. One is the scope of change, or ‘the size and extent to which a particular event or trend is far-reaching’, as the report describes it.

The other is significance, or how deeply any change affects the organisation. As one CEO put it: ‘You have to separate the noise and the normal stuff from fundamental shifts that are taking place, and then be able to determine how quickly those shifts are going to manifest or disrupt what you’re doing, versus those things that you have more time to adjust to.’

Another said: ‘You have to begin to sort out the results you’re getting. Are they a result of a broader macroeconomic or industry shift taking place, or are they more enterprise-specific?’ Either way, it’s clear that today’s great business leaders are the ones that – like their industries – are constantly adapting, innovating and changing.

Change is the one true constant in the modern business world. So much so, that the business school models and textbooks that worked wonders just a few years ago are now almost obsolete. A new Gartner report notes that while emerging technologies may have the potential to revolutionise the way businesses work, CEOs still aren’t sure how to apply that new technology to increase productivity.

The problem? As Gartner analyst Mark Raskino described it in a widely circulated statement: ‘CEOs lack a major new theory. The really big management ideas of the past, like business process management [BPM], total quality management and lean [management] are less helpful in an ephemeral product and services world where social networks, business model innovation, design thinking, brand values and customer experiences are at the centre of value creation. 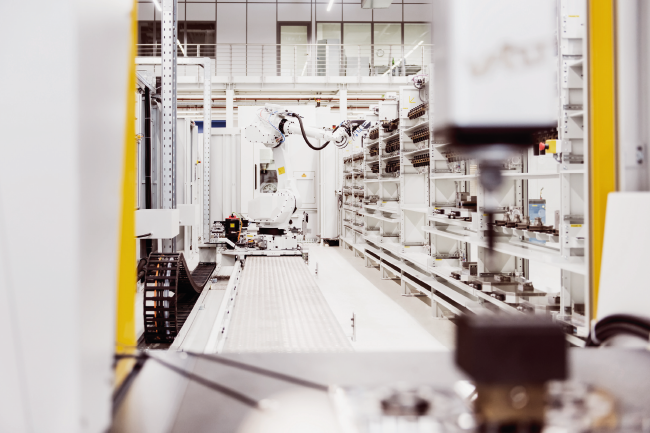 ‘There is still little in the way of management theory on how to optimise the new kinds of inputs and work. There is no new big idea or major trend in contemporary productivity thinking.’

So while technologies such as IoT, artificial intelligence (AI), 3D printing and blockchain all have the potential to radically change business, these technologies aren’t yet on most CEOs’ radars.

One Gartner survey of CEOs found that just 1% said they see value in blockchain, AI or 3D printing technologies, and only 2% thought that IoT could help them improve productivity. ‘What’s really needed is new business-transforming management science ideas,’ said Raskino.

‘Those include methods of framing, modelling, measuring and changing productivity to take advantage of the pile-up of new high-power technologies. Big, creative thinking may be more valuable than yet more new technology right now. The smartest CIOs of this generation have the opportunity to come up with new methods as powerful as lean or BPM were in prior decades.’

Time, then, to throw out the old textbooks – or to really drive the change and rewrite the old rules. Multinational professional services network PwC released its 20th CEO Survey this year. ‘For the last two decades, PwC has asked business leaders everywhere about the trends reshaping business and society,’ PwC Global chairman Bob Moritz writes in the report.

‘As we mark the 20th year of our annual CEO Survey, we’ve observed just how much the world has changed.’ Later in the report Alexey Marey, CEO of Russia’s Alfa-Bank, is quoted as saying: ‘Volatility? Yes. Unpredictability? Yes. But that, in my opinion, is what’s now part and parcel of our daily practice. That is, there is a need to adapt businesses to continue operating even under conditions of the highest uncertainty. To make 10-year plans would currently be a utopian endeavour.’

‘Messaging has now overtaken social media, and what we offer today may not be relevant in the near future.’ Then he asked: ‘What do we look like [as a company] in 2025?’ The implication was clear. If the company does not change – and its leaders fail to change with it – it won’t look like anything at all. Yet, despite the dire warnings heard in Johannesburg, in Port Elizabeth and in boardrooms and conferences around the world, the PwC survey found that global CEOs are – in the report’s words – surprisingly optimistic.

‘In late 1997, when we completed our first survey, only a third of the participants were very confident about their company’s three-year revenue outlook, even though they were riding the wave of an extraordinary bull market,’ the report notes. ‘This year, by contrast, 51% of CEOs are extremely positive about the longer-term prospects for revenue growth, and 38% are very upbeat about the immediate outlook, up from 35% last year.’

Why such optimism? The report suggests that business leaders naturally have to cope with stormy conditions, ‘so perhaps natural selection has played a part – anyone who reaches the top has already adapted to uncertainty’. Alternatively, it suggests, ‘CEOs have learned to look for the upside and seize on the opportunities uncertainty brings’.

Or maybe the men and women at the top – the really great business leaders – are the ones who have learned not to fear change, but to embody it.

Ghana has opened its first farmer-owned cocoa fermentation centre. The facility, at... END_OF_DOCUMENT_TOKEN_TO_BE_REPLACED

An initiative supporting efforts to ensure the continuation of education amid the coronavirus... END_OF_DOCUMENT_TOKEN_TO_BE_REPLACED

The Namibian government is rolling out a NAD500 million COVID-19 loan scheme... END_OF_DOCUMENT_TOKEN_TO_BE_REPLACED