Good business leadership has a lot in common with the ancient Japanese art of Kintsugi, according to Renate Scherrer, MD of JvR Consulting Psychologists. This art form delicately restores broken pottery with powdered gold lacquer, leaving the item with visible golden fault lines that clearly show its imperfection and increase its value.

Scherrer argues that Africa needs leaders with an acute awareness of their limitations, who don’t try to cover them up but – like the principle of Kintsugi – embrace their fault lines and continuously work at repairing them. ‘Because the leader’s unique history and flaws are not hidden and disguised, followers are also authorised to find new meaning in who they truly are and, in the process, become more resilient,’ she says. ‘The successful leader of tomorrow will be the one who, even though they do not know the way, are willing to make the way and guide others to find and achieve their purpose, embrace their vulnerabilities and celebrate who they truly are.’

If there ever was a time for business leaders to step in and make a difference, the time is now – especially in South Africa, where years of state corruption and recent corporate scandals have brought business confidence to a low. ‘Our current context is a society that is low on trust, low on growth, low on social capital and high on change,’ says Arnold Smit, head of social impact at the University of Stellenbosch Business School. Like Scherrer, he advocates an authentic leadership style that, he says, needs to go hand-in-hand with values-based, ethical stewardship to restore the broken trust.

‘As society we will admire and support business leaders who are transparent and honest; who show respect for their stake-holders; who take responsibility for the impact of their decisions and actions on the economy, society and environment; who are fair in their relationships and trans-actions and who have compassion for the struggles for ordinary people,’ he says. ‘Business leaders in our context need to keep their organisations afloat amid a sluggish economy. This calls for the exercise of business acumen, prudence, agility, and innovation – all at the same time. It’s a collective effort and the ability to harness the best in character, values and competence of what their people are capable of, is what will distinguish the good leaders from the bad ones,’ says Smit.

Over the years, leadership research has delved deep into the question of what makes a ‘good’ or ‘bad’ leader. The answer obviously depends on who is conducting the studies but a large body of Western research now favours ‘humble’ leaders who prioritise the greater purpose over narrow self-interest, as opposed to narcissistic leaders who are self-serving, autocratic and not likely to admit any weakness (what Scherrer calls ‘Tarzan’ leaders, because they declare themselves ‘king of the jungle’). ‘They never own up to mistakes, never apologise, are quick to blame others and to praise themselves,’ she says. ‘In fact, such a person does not shy away from taking the credit even though it is not due. When things are running smoothly their language is lavishly sprinkled with “me” and “I”, but when problems arise the conversation becomes a finger-pointing exercise of “you” and “them”.’ 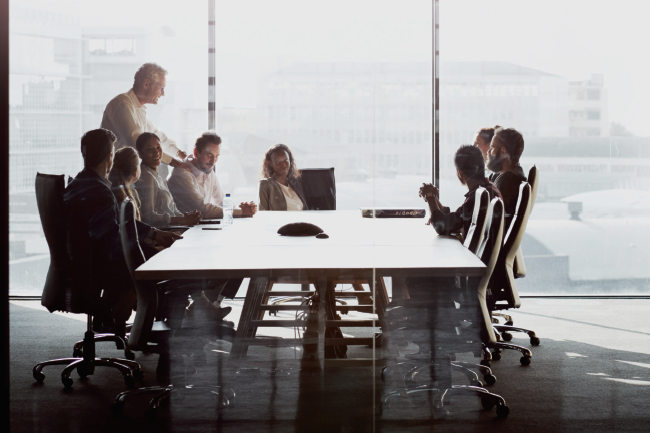 In contrast, the ‘humble’ leaders are accountable for their actions and willing to serve others first. According to Scherrer, their language consists of ‘we’ and ‘us’ and they have honest and direct conversations with clear commitments to a shared vision. A Harvard Business Review (HBR) article titled Ego is the Enemy of Good Leadership investigates the insularity that often comes with holding senior positions. ‘The higher leaders rise in the ranks, the more they are at risk of getting an inflated ego,’ it says. ‘And the bigger their ego grows, the more they are at risk of ending up in an insulated bubble, losing touch with their colleagues, the culture and ultimately their clients.’ The authors quote a US study that refers to this as ‘hubris’ syndrome (a ‘disorder of the possession of power, particularly power that has been associated with overwhelming success, held for a period of years’).

They describe how an unchecked, inflated ego can warp our perspective; twist our values; corrupt our behaviour; narrow our vision and prevent us from learning from our mistakes. ‘An inflated ego can make it easier for others to take advantage of us. Because our ego craves positive attention, it can make us susceptible to manipulation.’

This, again, is very relevant for Africa – and particularly for South Africa where self-interested leaders have been manipulated in both the public and private sector, becoming entangled in unethical behaviour and losing touch with the ordinary citizens they were meant to serve. There are ways to keep oneself grounded, according to HBR. For example, by surrounding yourself with smart people who won’t feed your ego and have the confidence to speak up. Another way is to practise humility and gratitude as cornerstones of selflessness. And, as a leader, you should review your perks and privileges and let go of those that merely promote your status and massage your ego (say, for example, specially reserved parking or the corner office).

Some of the continent’s top bosses are already practising this. Smit recalls a series of interviews with CEOs of leading South African companies who went out of their way to connect with various levels of their workforce, right down to the shop floor. ‘There was the CEO of a car rental company who used to go to the company’s wash bays on a Friday, where he washed his own car in the presence of his staff washing the rental cars,’ says Smit. ‘I also think of the CEO who made it his personal responsibility to mentor upcoming leaders in the insurance business that he led. Then there was the one who convinced his board to abstain from taking dividends while many employees still needed housing upgrades. Lastly, there was the CEO who vacated his special office so that it could be turned into a relaxing space for staff, while he relocated his desk to be more in the mainstream of the company’s daily activities.’

These examples reflect an exceptional social awareness; an empathy and emotional intelligence that is not taught at university but will be increasingly important in the future workplace. ‘The competencies required to be good at delivering technically are very different to the competencies for being more strategic, managing and leading others,’ says Briony Liber, a personal business coach based in Johannesburg. ‘I have seen so many young professionals broken by managers who are ill equipped to manage others. 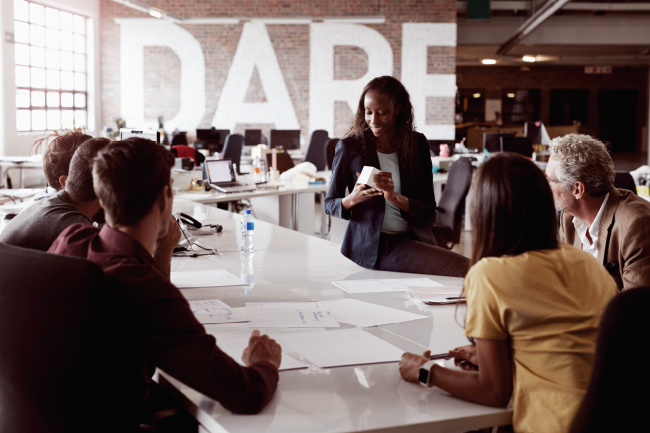 ‘It’s not that they are malicious, they just haven’t developed all the competencies: the EQ, the self-knowledge, the communication skills, the ability to hold themselves and others accountable.’ This indicates the need to also instil ‘soft’ skills in leaders that will boost morale and employee engagement while additionally creating a leadership pipeline for succession planning. Liber says the gap between technical skills and those required to lead and manage people affects both her male and female clients equally, so ‘it definitely isn’t a gender issue’.

With gender firmly on the global agenda, Africa has made efforts to promote more women into leadership roles. Executive search firm Jack Hammer found that in South Africa, appointments of women have been consistently rising year-on-year from 26% in 2015, to 32% (2016), 38% (2017) and 52% in 2018. ‘However, companies are still struggling to find great female leaders for their top teams, despite their best intentions and desire to do so,’ says the firm, advising companies to have women in strategically influential executive roles, as well as strong female representation at non-executive board level, in order to effect meaningful gender transformation.

‘We need a creative step change by leaders for an alternative, preferable future,’ says Morné Mostert, director of the Institute for Futures Research at Stellenbosch University. ‘Leaders who maintain the status quo, including current policies and practices, are simply producing more of the same while discerning, creative leaders advance constructive, alternative options for a future state,’ he says. ‘What we need now is a corps of leaders – not a singular hero – skilled at high-calibre thinking towards a viable future. Leadership is not, as it often was in traditional societies, viewed as residing within a single individual saviour.’

Ultimately, leaders need to put their egos and personal agendas aside and start working together for Africa’s common future because, as Smit says, the tracks of business don’t run separately from that of the continent – they are interconnected, and will fail or succeed together. 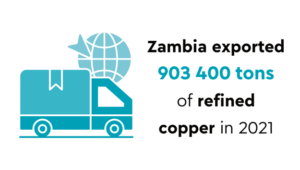 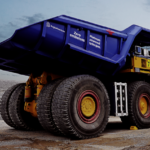 A prototype of the world’s largest hydrogen-powered mine haulage truck designed to... END_OF_DOCUMENT_TOKEN_TO_BE_REPLACED 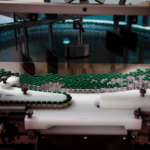 Morocco is set to start producing COVID-19 vaccines in July after receiving... END_OF_DOCUMENT_TOKEN_TO_BE_REPLACED 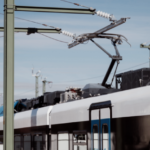 The Egyptian government has started trial operations of its new 19-stop electric... END_OF_DOCUMENT_TOKEN_TO_BE_REPLACED