Africa, economically the most fragmented region in the world with almost half of its 54 countries having small economies and populations of fewer than 10 million people, has one of the most daunting corporate tax regimes for cross-border mergers and acquisitions in the world. Despite this, investors continue to be lured by its vast mineral resource deposits and potential for realising high margins on goods and services brought in to develop many parts of the continent.

Nola Brown, associate director, tax practice at Webber Wentzel in Johannesburg, says Africa is known for its relatively high withholding taxes, which differ from one country to the next, in cross-border deals.

‘That’s why it’s advisable that companies involved in African inbound transactions use the services of experienced lawyers with knowledge of the home country’s tax system. Withholding taxes are generally imposed on royalties, dividends, interest, management fees and service fees, and are charged on the full amount of the payment and not just the profit element of the payment. This means the cost of business in Africa is generally very high unless appropriate planning is done in advance. Companies without sound international tax advice on cross-border deals can find themselves in a scenario whereby the cost of doing business outweighs income generated.’

Brown says experienced tax advisers are also familiar with double tax agreements (DTAs), which apply between the host and home countries of the business. DTAs may apply to reduce taxes imposed by the source jurisdiction and will regulate what income is or is not taxable in the relevant host country.

Advisers have ‘seen it all’, and are able to offer practical advice to companies embarking on African operations. They can also help interpret domestic legislation as well as international guidelines by the UN and Organisation for Economic Co-operation and Development (OECD) on DTAs, and how the guidelines are applied in the different African jurisdictions. In addition, they can give guidance on the type of tax planning that will be regarded as acceptable in an era where there is a strong and negative spotlight on ‘treaty shopping’, making use of tax treaties with no commercial rationale other than to provide tax benefits. In this context, the OECD has issued a multilateral instrument signed by more than 90 countries that will update existing DTAs with amendments suggested by the base erosion and profit-shifting project, which seeks to eliminate opportunities for cross-border tax avoidance and evasion.

In 2014, the IMF predicted in its World Economic Outlook report that six of the world’s 10 fastest-growing economies were African, with the top-20 list dominated by nations from the continent – leading to the ‘Africa rising’ narrative. But subsequently, the number of African countries on the fastest-growing list dropped to four in the most recent October 2016 report, as a result of the fall in commodity prices such as oil, with the outlook for several of the former promising economies such as Nigeria looking somewhat less favourable, the news site TimesLive reports.

However, there is comfort for companies embarking on cross-border business in Africa in that in March this year, the New Partnership for Africa’s Development – comprising the Common Market for Eastern and Southern Africa and the East African Community – launched an updated version of the One-Stop Border Post Source Book, aimed at improving cross-border transactions.

Mark Winter, analyst at investment advisory firm RisCura, says the latest source book has been lauded as an ‘important tool’ to help Africa improve cross-border and intra-regional trade across the continent and improve competitiveness. Quoted on TimesLive, Winter says the guide will ‘combat one of Africa’s biggest challenges, that of trade and growth, by reducing the time businesses spend clearing posts, borders and checkpoints in Africa’.

A truck crossing a border in Southern Africa may need to carry up to 1 600 documents because of permits and licences, while a supermarket chain operating in the same region can spend up to US$20 000 a week on securing import permits from just one country, according to Annabel Conzales, senior director at the World Bank, as quoted by TimesLive.

‘Investors are lured to Nigeria, for instance, to access markets with potential customers with high disposable income and prepared to pay a premium for goods or services.’ Since 1995, Shoprite Holdings has been a front-runner in establishing supermarkets and other consumer goods businesses across Africa. In 2013, the group created more than 9 000 jobs on the continent in a single year, according to its website.

South Africa’s Protea Hotels’ expansion into Africa has been no less impressive with almost 100 hotels in eight countries. Also, Africa’s financial markets and banking services, with the exception of those in South Africa, as well as its ITC sector, are less developed than those in the rest of the world and offer both foreign and well-developed African companies opportunities for cross-border cherry-picking.

Bester says it’s prudent for businesses venturing into Africa to carefully consider how best to structure their entry into a particular market – whether by way of a local partner, subsidiary, new branch or franchise – as different tax and company laws in the host country play a role here. ‘Angola, for example, is fairly tough with a highly regulated corporate regime and requirements for capital investment. It’s sometimes good business practice to start with a cross-border franchise and at a later stage possibly do a buy-out or joint venture of that business once the bottom line starts to grow.’

Other issues are VAT requirements and a withholding tax that may necessitate gross-up clauses in contracts. Bester says legal counsel can advise on appropriate clauses in the agreement on dispute-resolution mechanisms and risk management. He says it’s important that the parties must agree on a forum and arbiter to handle disputes should they arise.

‘Tax lawyers can help with the re-characterising of income to produce a more predictable tax treatment. For example, by avoiding a payment to be characterised as a royalty by making sure it is a consideration for a sale. A viable gross-up clause in the relevant agreement is essential. This then will compensate investors for tough laws that apply in some African jurisdictions.’ 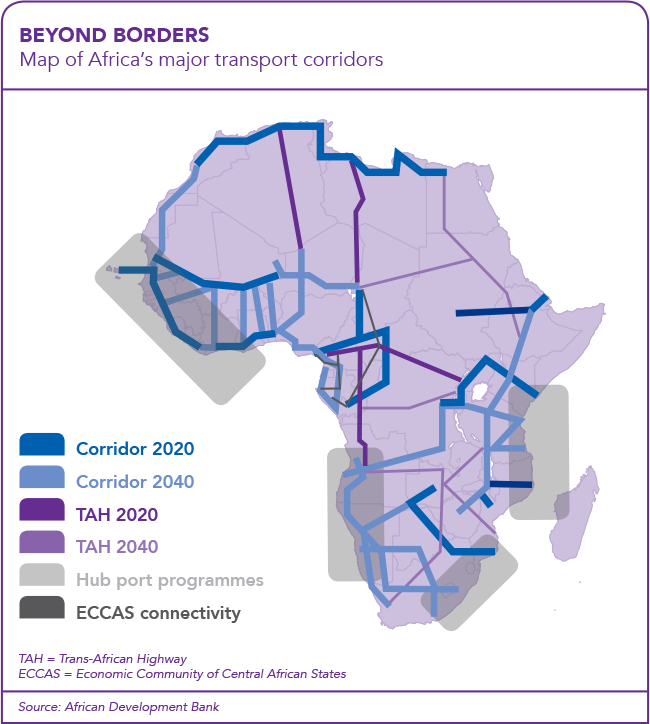 He says legal support is also central to investment and participation in large infrastructure projects in Africa. The participation process is often a bidding one, which is legally intensive – with funding, engineering, procurement and construction agreements required for a bid to be successful.

Shahid Sulaiman, partner at multinational law firm Dentons, in Cape Town, points out that it’s important for companies contemplating cross-border businesses in Africa to scope the regulatory environment of the host country and ensure that the target has all the licences required for it to operate its business.

‘If competition approval is required, no steps towards implementing the transaction can be taken before approval is obtained. Environmental issues must be adequately investigated as any residual environmental liability could potentially bankrupt the target.’

Sulaiman adds that warranties must be carefully formulated to ensure that all risks identified during the due-diligence phase are suitably dealt with through the contract agreement. ‘Generally, a company would start off with identifying a suitable target that has a strategic fit with its existing business, such as distribution or supply-chain opportunities. Once a suitable target is identified, it is important to conduct a series of due-diligence investigations, including financial, tax, legal, regulatory and environmental due-diligence investigations. If the investigations are satisfactory, the key transaction terms would then be negotiated and recorded in a memorandum of understanding or heads of agreement.’

He says if the parties reach consensus on the key terms, final transaction agreements are then negotiated. They would include one or more acquisition agreements, and various ancillary agreements.

‘Of particular importance is the warranty pack and the provisions dealing with warranty claims and limitations,’ says Sulaiman. ‘If the acquisition is not self-funded, funding arrangements must also be put into place. The transaction agreements will typically provide for condition precedents, which must be satisfied before the agreements are implemented. These would include any necessary regulatory or third-party approvals.’

Digital data technology, as well as barcode scanning, will be employed in... END_OF_DOCUMENT_TOKEN_TO_BE_REPLACED

Farmers in East Africa have a free, new mobile tool at their... END_OF_DOCUMENT_TOKEN_TO_BE_REPLACED