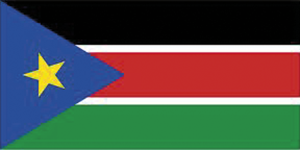 Subsistence agriculture provides a living for the vast majority of South Sudan’s population. The country depends largely on imports of goods, services and capital – mainly from Uganda, Kenya and Sudan. Nevertheless, South Sudan does have abundant natural resources. At independence in 2011, the country produced nearly three-fourths of former Sudan’s total oil output of nearly a half million barrels per day. South Sudan’s government derives nearly 98% of its budget revenues from oil.

Name of parliament National Assembly of the Republic of South Sudan

A mobile application developed in Ghana is being used to improve emergency... END_OF_DOCUMENT_TOKEN_TO_BE_REPLACED

At least 50 million COVID-19 vaccines are to be purchased and delivered... END_OF_DOCUMENT_TOKEN_TO_BE_REPLACED

Financing has been secured for the construction of one of Africa’s first... END_OF_DOCUMENT_TOKEN_TO_BE_REPLACED