The JDA is mandated as an area-based development agency; it is unique in that, unlike traditional development-agency models, it straddles both a market and citizen-facing approach (not fully bound to either direction). It combines a social, economic and environmental mandate. Johannesburg cannot afford to consider economic factors only. Instead, it requires developmental approaches attuned to complexity. The JDA deals with the renovation, innovation and re-imagination of Johannesburg’s built environment and urban communities through a reinforced programme of place making and area-based development. In the past, it has undertaken and delivered projects and programmes that have been located spatially on a city, precinct or neighbourhood scale.

The agency has implemented more than 600 projects across all administrative regions of the city in 19 years of operation. Over the past five years, it has grown by almost 75% from 50 to 87 employees, resulting in a bigger capital budget and an increase in the number of projects to implement on behalf of City of Johannesburg client departments. The total capex allocation has to risen to just in excess of ZAR5 billion over the past five years. The JDA believes that the co-production of solutions in partnership with local communities and stakeholders allows for its development programmes to meet local requirements and mitigate needs. This is an essential component of development interventions in cities. It promotes a more responsible and effective approach, which is to work with local stakeholders to produce solutions, drawing on their knowledge of the development context. This can cultivate a much more sustainable sense of ownership, civic pride and citizenship.

The JDA implements capital projects across a variety of programmes aimed at achieving the agency’s ‘4Cs’, namely:

• Connecting people with opportunities to live, work, play, learn and be healthy in the city

The SDF 2040 calls for the drafting of a nodal review to give expression to the urgent spatial challenge of integration and inclusion. After months of modelling and public participation, the nodal review was approved by the council of the City of Johannesburg on 28 February 2020. This strategy promotes the idea of living in proximity to schools and places of work, and easy access to public transport infrastructure and other services. Invariably, such an approach cuts the cost of infrastructure and other services, reduces pressure on the natural environment and, through agglomeration and clustering, promotes economic growth. The JDA aligns itself to the SDF 2040 in the delivery of infrastructure to ensure there is sustainability and long-lasting benefit to the communities it serves. The work implemented by the JDA is delivered through three substantive programmes.

ACCELERATED INFRASTRUCTURE DELIVERY PROGRAMME
The delivery of health-, recreational-and transport-related projects are the basis of this programme. Projects include the Florida Clinic; the Watt Interchange, which forms part of Phase 1C of the city’s Rea Vaya Bus Rapid Transport (BRT) System; and Paterson Park, which is a modern architecturally designed recreational facility, providing a safe space that facilitates the development of fundamental skills. These include reading and writing, in conjunction with sport, physical activity and health to stimulate growth and development in the community of Orange Grove and surrounds.

ECONOMIC EMPOWERMENT PROGRAMME
This programme focuses on the development of skills and capacity within the construction industry in Johannesburg, as well as optimising the JDA’s contribution to inclusive economic growth and empowerment, and the transformation of the construction industry. SMEs are an essential stakeholder group to be engaged on local-area projects, both for determining the economic conditions and opportunities within areas, and for identifying potential for enhancing the prospects of small business in development areas and directly in JDA projects. This allows for a meaningful connection to opportunities within the JDA’s development areas.

PUBLIC ART, PLACE-MAKING AND CO-PRODUCTION PROGRAMME
The JDA always seeks to engage the public in a meaningful way at every stage of development. This includes undertaking public participation in the planning stage, consultations with communities and affected parties during the design stage, and value-adding activities involving community members in projects such as the peoples’ history and heritage exhibitions, and public art projects that tell the story of the neighbourhood. One such programme that speaks to the value-adding activities of the agency is the JDA’s Public Art, Place-Making and Co-Production programme. The JDA remains committed to the continued roll-out of its Public Art programme in partnership with the City of Johannesburg’s department of community development (directorate of arts, culture and heritage), where great strides have already been made towards the creation of great places through public art. The creation of great places is also about developing sustainable adaptable spaces that are robust and resilient to changes in their local context. The JDA will in future interrogate the quality of design of public areas to enhance the level of adaptability of the spaces it establishes and the sustainability of the agency’s initiatives.

Since 2016 the JDA has re-imagined the Public Art programme not as the production of iconic pieces of art but more importantly as an interactive, community-rooted, place-making process that brings community co-production to life through art. It is the JDA’s intention that locally embedded and relevant forms of physical place-making be produced to enrich and enliven public spaces in local communities and along transit routes. Co-production is defined as the meaningful engagement of stakeholders such that local actors form part of designing interventions for the neighbourhood. This involvement means going beyond community briefings or one-on-one meetings to include, for example, design workshops; historic storytelling to share past and future visions of the space; participatory budgeting forums; thematic workshops to study specific solutions; use of social media to invite input and share information about the space; and use of multiple media platforms such as art, theatre, radio, podcasts, infographics and videos.

For instance, the focus of the JDA’s #ArtMyJozi project has been on working on local creative place-making with local people in Noordgesig, Brixton, Orange Grove and various points along the Louis Botha corridor. What is most exciting about the #ArtMyJozi journey is that it has allowed the JDA, as the city’s development agency, to really engage with the expressions of local identity in each place, space and node as part of its area-based development mandate. 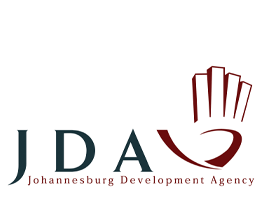 Côte d’Ivoire has become the second country to take delivery of COVID-19... END_OF_DOCUMENT_TOKEN_TO_BE_REPLACED

Nigeria is set to commence work this quarter on a complete overhaul... END_OF_DOCUMENT_TOKEN_TO_BE_REPLACED

Burundi and Rwanda are going ahead with plans to build a multi-purpose... END_OF_DOCUMENT_TOKEN_TO_BE_REPLACED