The agency acts as an adviser to the government on issues regarding oil and gas exploration and production, and carries out special projects at the request of the Minister of Mineral Resources and Energy. Driving South Africa’s emerging gas sector while ensuring a well-regulated and responsible environment is a key mandate of Petroleum Agency SA, as is assisting operators with monetising smaller discoveries that may otherwise remain undeveloped, through advertising these opportunities to potential partners.

As stated in South Africa’s National Development Plan (NDP), the government’s intention is to ‘enable exploratory drilling to identify economically recoverable coal-seam and shale-gas reserves, while environmental investigations will continue to ascertain whether sustainable exploitation of these resources is possible. If gas reserves are proven and environmental concerns alleviated, then development of these resources and gas-to-power projects should be fast-tracked’. The plan also calls for the need to incorporate a greater share of gas in South Africa’s energy mix through importing liquefied natural gas (LNG), using shale gas if reserves prove commercial, and developing infrastructure for the import of LNG, mainly for power production, over the short to medium term.

Petroleum Agency SA plays an important role in developing South Africa’s gas market by attracting qualified and competent companies to explore for gas in the country, as well as monitoring and regulating their activities. In addition to ensuring operators always comply with the law, a major area of focus is increasing the inclusion of historically disadvantaged South African-owned entities in the upstream industry. South Africa needs large discoveries of indigenous gas as well as fair access to opportunities and social licence to develop a healthy gas market. Currently, natural gas supplies about just 3% of South Africa’s primary energy.

A significant challenge facing the development of a major gas market in South Africa is the extreme dominance of coal as a primary energy source, and the industry’s historic reliance on coal-generated electricity. A lack of extensive gas transport and reticulation infrastructure goes hand in hand with this, while other challenges include uncertainty about volumes of indigenous gas available to industry; security of supply; switching and conversion costs; gas pricing; and negativity about the ongoing use of fossil fuels. End users require certainty before committing, while explorers look for a guaranteed market.

On a more positive note, opportunities for gas lie in the realisation of South Africa’s NDP and the Integrated Resource Plan (IRP). Both call for indigenous hydrocarbons – conventional and unconventional – and independent power production to play an increasing role in the nation’s energy mix. The national power utility also intends to replace coal-fired power stations with gas-fired counterparts, in line with the vision of the NDP. The advent of gas-fired power stations will represent a ready, indigenous market for operators that make discoveries of gas in South Africa, ensuring it will be far easier to monetise smaller discoveries that may otherwise have remained undeveloped.

As custodian, Petroleum Agency SA ensures that companies applying for gas rights are vetted to make sure they are financially qualified and technically capable. Applicants also need to have a good track record in terms of oil and gas exploration activity, as well as regard for the environment. This applies to both local and foreign companies. Oil and gas exploration requires enormous capital outlay and can represent a risk to workers, communities and the environment. Applicants are therefore required to prove their capabilities and safety record, and must carry insurance for environmental rehabilitation.

SOCIAL AND LABOUR PLANS
In addition, all planned activities can only be carried out after completion of an environmental-impact assessment and under an approved environmental-management plan, after consultation with the public as well as interested and affected parties. Explorers are also required to contribute to skills development through the agency’s Upstream Training Trust.

Oil and gas exploration in South Africa is regulated in terms of the MPRDA, which stipulates that applicants for production rights are required to submit social and labour plans (SLPs) to assist in transforming the industry, promoting employment and advancing social and economic welfare in South Africa. Applicants must develop and implement, where applicable, comprehensive SLPs that cover human resources development programmes, community development, housing and living conditions, and employment equity. In addition to the MPRDA, the sector is regulated by other legislation – including the National Environmental Management Act, the Royalties Act, the Mining Titles Registration Act and the National Water Act.

These acts and regulations have served the upstream industry well and are all in line with international standards. Minister of Mineral Resources and Energy Gwede Mantashe and President Cyril Ramaphosa recently stated that oil and gas exploration and production activities should have their own standalone legislation, separate from that applicable to hard-mineral mining. This legislation is being drafted and the agency is part of the team at the Department of Mineral Resources and Energy that is working on it. In today’s world, oil and gas remain the most critical of energy resources, and Petroleum Agency SA is in full support of those entering the South African oil and gas exploration and production industries. The agency is fully committed to ensuring that the government and policymakers sustain the sector for the benefit of all involved, and it will do everything in its power to advance the industry. 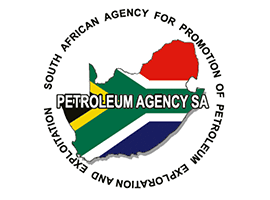 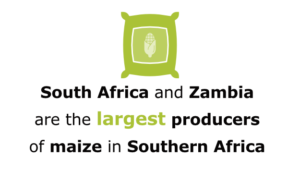 The first satellite built and designed by Mauritius has been launched into... END_OF_DOCUMENT_TOKEN_TO_BE_REPLACED

A Namibian bank has become the first in the country to join... END_OF_DOCUMENT_TOKEN_TO_BE_REPLACED