Despite these impressive figures, economic expansion is struggling to keep up with the fast pace of population growth. According to the African Development Bank (AfDB), the number of people living in Africa will most likely double over the next 30 years, and reach more than 4 billion by 2100, accounting for more than a third of the total global population. Furthermore, according to the World Bank’s Gini coefficient (a measure of inequality), Africa is the second-most unequal continent in the world after Latin America.

Because of the high levels of inequality, economic progress often fails to improve the lives of the very poor, which might help explain why food insecurity in Africa rose in 2017. The UN’s Food and Agriculture Organisation found in its most recent regional overview that the number of people experiencing food insecurity on the continent increased from 220 million to 224 million year-on-year. The AfDB predicts that the number of under-nourished people in Africa will increase from about 240 million by 2015 to 320 million in 2025.

The report, Agricultural Research in Africa: Investing in Future Harvests, published by the International Food Policy Research Institute, highlights the importance of accelerating and sustaining growth in the agricultural sector in Africa, saying that failure to do so would not only cause greater food insecurity, it would also cause African countries to miss the opportunity to capture a larger share of the steadily expanding demand on African and global agricultural markets and, hence, the opportunity to create wealth.

According to the report, raising productivity must include closing yield gaps for major commodities such as maize, rice, sorghum, cassava and millet, which remain substantial at anything between 10% and 40% in most of Africa’s sub-regions. It states that countries will need to perform far better to make up for the shortfall in productivity. ‘Both wealth creation and competitiveness, and thus long-term growth and poverty reduction, are driven by increases in productivity, which in turn are determined by the pace of technical change. This highlights the critical importance of investments in policies to promote technological and institutional innovations in the agricultural sector,’ according to the report.

One area in which most African countries still have to achieve vast improvements is in the adoption of improved seed for crop varieties that offer more drought and disease resistance as well as higher yields.

In an article that summarises some of the findings from the Africa Growth Initiative’s Foresight Africa 2018 report, Jennifer Blanke, vice-president of agriculture, human and social development at the AfDB, and adviser, Martin Fregene, write that technologies such as improved crop varieties, fertilisers, inoculants agrochemicals and crop-management methods have led to increased global food production, and in all regions but Africa, crop yields have remained a step ahead of population growth.

‘New crop varieties adapted to the tropics, combined with good soil science, turned tropical Brazil into one of the major bread-baskets of the world in a few decades. It also led to the green revolutions throughout Asia and other parts of the world. It can safely be said that agriculture as a science sustains agriculture as a business,’ according to Blanke and Fregene. The authors state that Africa has not managed to keep up with this trend due in part to the fact that fewer than a third of farmers use improved crops, and fertiliser use on the continent is the lowest in the world.

Two recent studies – by scientists of the International Maize and Wheat Improvement Centre (CIMMYT) – assessed potential interventions to address inefficiencies in seed supply chains. Evaluating seed value chains for maize and legumes in Tanzania, the researchers found that most maize farmers in the surveyed districts were still using recycled seed.

In well-developed markets and where farmers have purchasing power, the recommendation is to plant fresh hybrid seeds each season to ensure sustained high yields. However, farmers surveyed in Tanzania were recycling seed for up to three years. In their report on the role of seed value chains in supporting the sustainable intensification of farming in Tanzania, the researchers state that smallholder maize producers were responsible for cultivating about 95% of the area under maize production in Tanzania, yet their yields were generally much lower, at about 1.2 tons/ha, compared with producers farming on a larger scale, who achieved yield of roughly 5.5 tons/ha.

According to the report, ‘inefficient supply chains and low purchasing power’ were the two main challenges facing seed markets in Tanzania. ‘While seed costs are typically estimated to be modest, a hectare would require between 20 kg and 25 kg of seed, which can cost about US$25/ha for open pollinated varieties and US$50/ha for most common hybrids. In an environment of US$700 annual per capita income, seed expenses for one hectare would easily constitute the equivalent of one-month worth of income for a farming household,’ the report states. 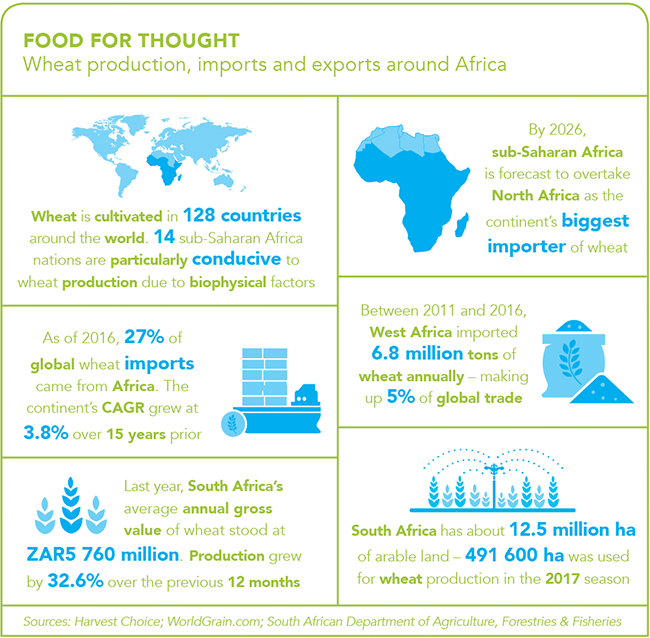 Ensuring that smallholder farmers gain greater access to improved seed would require increasing supply through greater participation of private-sector players. In addition, the researchers recommend strengthening the role of the public sector by ‘focusing on the issues of sector governance, training, and research and foundation seed production’, as well as establishing strong credit systems for smallholders to help increase their purchasing power.

A separate study by researchers from CIMMYT and the Sustainable Intensification of Maize Legume Systems for Food Security in Eastern and Southern Africa project looked at the maize and legume value chain in Mozambique, where up to 95% of all small-holders produce maize, to identify how the markets for these important crops could be improved. ‘Nearly three-quarters of Mozambican farmers use local maize varieties, with poor resistance against pests and diseases, and low productivity potential,’ the report states.

Some of the main challenges for the supply of quality and improved seed in Mozambique included a lack of capacity within government to monitor and assure quality, leading to poor standards; also, the high quantities of high-quality foundation seed required for commercial production was seldom available. Financing was a problem for seed companies and farmers since Mozambique’s smallholders were among the poorest in the world, meaning most could not afford commercial varieties. Small and emerging seed companies also lacked access to credit.

In order to improve access to better quality seed, CIMMYT recommended that a more effective national system be implemented that would assure adequate foundation seed for seed companies as well as the implementation of policies that would attract more private companies to the sector. Farmers and seed companies also required better credit access.

While progress may not appear to be happening fast enough to arrest the rate at which food insecurity is growing on the continent, there have been some major investments from the private sector to ultimately help increase access to improved seed for farmers in Africa. 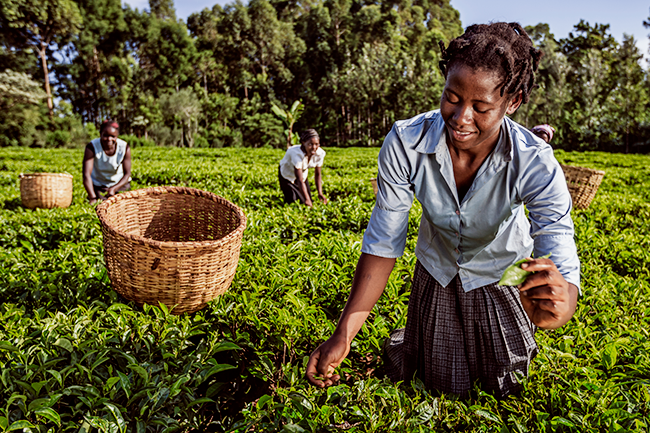 In 2016, multinational pharmaceutical and life sciences company Bayer, which recently expanded its agricultural business division by acquiring Monsanto, a global leader in the agrochemical and agricultural biotechnology industries, opened its first SeedGrowth centre in Africa. The centre, which is situated just outside Johannesburg, was set to provide better quality and services to Bayer’s existing customer base, but also to perform ongoing research that would enable the firm to offer customised solutions to seed companies as well as provide crop benefits such as improved plantability and pest and disease management to farmers.

According to a statement released by the company, Klaus Eckstein, CEO and head of the crop science division for Bayer in Southern Africa, said at the opening of the centre: ‘We have the opportunity to provide the latest in research at a local level to support our farmers to compete globally. We now have the tool to truly add value to the developing farmer through an innovation such as seed treatment, which can comfortably increase yields by 30% per hectare and more, specifically in the Southern Africa region. At Bayer, we believe that growing seed treatment in Africa is critical in order to support farmers to be commercially viable.’

Meanwhile, also in South Africa, Arysta LifeScience (a global firm that specialises in crop protection) has initiated a stewardship project that educates small-scale farmers in the rural Eastern Cape on agricultural chemicals.

Small-scale farmers generally don’t have crop insurance, says Arysta LifeScience CEO Marcel Dreyer, and ‘should their crops fail due to pest, weed or disease control, they do not have the means to provide for their families’. Hence, the programme has two focus areas – the safe use as well as application of the products, ensuring the farmer does not over-apply or over-spend yet still reaps the benefits of weed, pest and disease control.

Dreyer adds that in addition to building a partnership with their customer base, ‘efficient and effective crop protection will financially benefit customers’ – with more disposable income, their families and communities will be uplifted.

Digital data technology, as well as barcode scanning, will be employed in... END_OF_DOCUMENT_TOKEN_TO_BE_REPLACED

Farmers in East Africa have a free, new mobile tool at their... END_OF_DOCUMENT_TOKEN_TO_BE_REPLACED