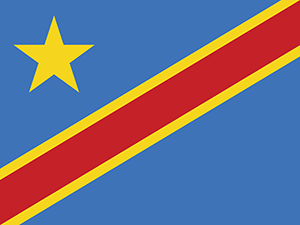 The DRC is endowed with vast natural-resource wealth. Its economy is slowly recovering after decades of decline. The DRC is Africa’s largest producer of copper. With the installation of a transitional government in 2003 after peace accords, economic conditions slowly began to improve as the state reopened relations with global financial institutions and donors. Reforms were also implemented. The country marked its 12th consecutive year of positive economic expansion in 2014.

Name Democratic Republic of the Congo

Côte d’Ivoire has become the second country to take delivery of COVID-19... END_OF_DOCUMENT_TOKEN_TO_BE_REPLACED

Nigeria is set to commence work this quarter on a complete overhaul... END_OF_DOCUMENT_TOKEN_TO_BE_REPLACED

Burundi and Rwanda are going ahead with plans to build a multi-purpose... END_OF_DOCUMENT_TOKEN_TO_BE_REPLACED