Kenya lacks the natural resources that nature has bestowed on so many other countries. All it has to work with is people, climate and location, but out of these humble building blocks, it has built one of the most successful economies in Africa.

Favourable location should not be underestimated. Kenya sits at the crossroads of the continent’s two great transports axes – Cape Town to Cairo and Mombasa to Lagos. Both routes run through Kenya’s capital, Nairobi. Kenya is geographically close to the wealth of the Persian Gulf and is on China’s radar as part of the maritime belt and road initiative. The country is the major entry point to an East African market of 300 million people.

Kenya has worked hard to improve logistics within this market. The Standard Gauge Railway began operations between Mombasa and Nairobi in 2017, cutting travel time between the two cities from 10 to four hours. At a cost of US$3.6 billion, it is the country’s biggest infrastructure project since independence and will, on completion, continue through to Uganda and Rwanda. Mombasa’s deepwater harbour, already the biggest in East Africa, has undergone continuous improvement over the past decade and a second container terminal, handed over in 2021, has increased handling capacity by 50%.

A second large harbour, currently under construction at Lamu in the north of the country, is intended to service this underdeveloped part of Kenya, as well as Ethiopia and South Sudan. Built by Chinese contractors, three of the planned 32 berths are known to have been completed at the end of 2021, although construction has been slowed by the pandemic.

Kenya’s economy has grown dramatically for more than a decade. Major pro-business reforms were made under the Kibaki government in the early part of the millennium, and the World Bank in 2020 ranked Kenya as the fourth-most business-friendly region in sub-Saharan Africa, behind Mauritius, Rwanda and Morocco.

Prior to the COVID-19 pandemic, Kenya’s growth rate averaged 5.9% between 2010 and 2018. Growth was sufficient for Kenya to be re-categorised as a lower middle-income country by the World Bank in 2014. The nation has big ambitions and is especially well placed to build on its already remarkable lead in digital technologies.

Kenya’s Vision 2030 lays out a development path that seeks to diversify the economy and push its growth rate up to 10%. The chosen avenues of development are tourism, agriculture, manufacturing and digital services.

Tourism suffered a blow in 2020 with the pandemic decimating bookings. The industry contracted more than 70% in 2020, down from in excess of 2 million international arrivals in the previous year. Kenya is conveniently placed to offer combined safari/beach holidays, especially during the northern hemisphere winter. The country’s game reserves, including the renowned Masai Mara national park, are not only internationally famous but also easily accessible from Nairobi, which is the regional transport hub.

The government of Kenya has set itself a target of 2.4 million visitors by 2024 and 3 million by 2030. According to international consultancy Fitch, these numbers were ‘largely attainable in the pre-coronavirus business environment’.

The industry was slowly recovering in 2021 with Fitch projecting 776 000 visitors. It has gone through periods of volatility related to the threat of Islamic insurgents from neighbouring Somalia. Even today, the US State Department’s travel advisory service recommends staying clear of the Kenya/Somalia border area. There have, however, been no major incidents since 2016.

Kenya’s primary exports are agricultural products – tea, coffee, cut flowers, and fruit and vegetables. The Central Highlands offer an almost perfect year-round growing climate. Not only has this enabled the country to become the world’s second-biggest tea exporter (after China) and a dominant presence in the European cut-flower and winter vegetable markets, but it has done so with a low-carbon footprint. The favourable climate means that produce does not require hothouses or artificial heating, which helps offset the carbon footprint of the air freight required to get it to market.

The country’s other main sources of power are hydroelectricity and wind. The 365-turbine Lake Turkana wind power plant, in the north, came onstream in 2019. The project, which cost US$775 million, is the largest wind power plant in Africa and a major step towards meeting the government’s ambitious ‘100% green’ target in energy generation.

It is, however, in fintech – the application of digital technology in the banking and finance space – where Kenya has been a world leader. The country is famous for the M-Pesa mobile-money service, first launched in 2007.

The digital wallet has become the overwhelmingly dominant means of making payments in the country, with nearly 30 million of Kenya’s 55 million citizens subscribing and another 20 million using the service in Tanzania, Mozambique, the DRC, Lesotho, Ghana and Egypt.

M-Pesa has played a major role in driving financial inclusion in Kenya. Mobile-phone penetration is more than 100% in Kenya – there is more than one mobile cellular account for every person – and the digital wallet has brought banking to millions who had never enjoyed access via the traditional brick-and-mortar system. In 2006, financial inclusion for the country was at a mere 26%; in 2021, 83% had access to at least basic financial services.

Equally important was the impact of cellular penetration and fintech innovation on the digital ecology of Kenya. A 2021 Harvard Business School publication describes Kenya as ‘the definitive exemplar’ of digitally driven development. Kenyan tech start-ups are now squarely on the radar of venture capitalists, rivalled in Africa only by Nigeria.

In 2021, a Kenyan retail platform, CashBackApp, which was started only in 2019, attracted a record US$475 million from a range of venture capital funds and angel investors to enable it to expand into other countries in the region. It is a variation on the loyalty programme theme that rewards its users by returning cash via M-Pesa when they buy specific supermarket items promoted on the platform.

M-Pesa is, however, far from all there is to Kenya’s burgeoning digital economy. Lori Systems, sometimes described as the road haulage equivalent of taxi hailing app, Uber, started moving only grain and fertiliser in 2016 but now does all bulk freight. Today it has 2 500 trucks, operates in Uganda and Rwanda, as well as Kenya, and has attracted the interest of the South African logistics giant Imperial.

Twiga Foods originally used its app to connect food producers to vendors and retailers, bringing Kenya’s smallholder farmers into previously unexplored markets. It has recently moved into fast-moving retail goods and has attracted a series of funders who have invested a cumulative US$100 million in the company.

These examples show that digital innovation is more about developing and tailoring business models to specific markets than it is about coding. Success hinges on the emergence of a complex networked digital ecology, often referred to in Kenya’s case as the Silicon Savannah. Kenya’s government has been extremely supportive although a recent development has raised eyebrows.

Struck by the fact that so many digital entrepreneurs in Kenya are expats, the government amended its foreign investment regulations in August 2020, requiring that a 30% shareholding in all tech companies is held by Kenyan citizens. Companies have been given three years to comply. Criticism has been muted, although it is known that Airtel Kenya, a subsidiary of the international cellular operator, has asked for an exemption.

Airtel has a partnership with Equity Bank in Kenya, operating Equitel which seeks to compete with the market-dominant incumbent, M-Pesa, in the digital-banking space. It could well be argued that the benefits of a more competitive digital banking market outweigh the attractiveness of Kenyan ownership in this case.

Kenya is a country of innovation. In this respect it also has the appearance of an experiment. If it is possible to use digital innovation to leapfrog development, skipping out the bricks-and-mortar stage altogether, then Kenya is probably the test case. 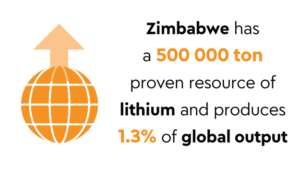 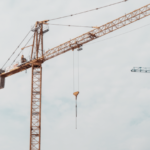 Construction of the first bridge for the second phase of the Lesotho... END_OF_DOCUMENT_TOKEN_TO_BE_REPLACED 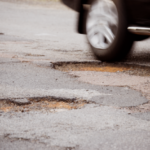 In South Africa, government has launched a mobile app for citizens to... END_OF_DOCUMENT_TOKEN_TO_BE_REPLACED 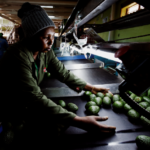 The framework of the African Continental Free Trade Area (AfCFTA) is soon... END_OF_DOCUMENT_TOKEN_TO_BE_REPLACED