The continent presents somewhat of a dilemma to many companies that want to move into its massive untapped markets but are sometimes reluctant, due to perceived political and economic uncertainty.

To be sure, viewing the entire African continent and all its economies under the same microscope would be a gross misrepresentation, but it would also be foolish to dismiss the wealth of evidence suggesting it is, in fact, riskier and more cumbersome to conduct business in many African countries than in some other parts of the world, with the exception of a few.

A result of this heightened risk, whether perceived or real, is the limited access to credit afforded to companies, says Ruben Nizard, an economist for the sub-Saharan Africa region at Coface, an international provider of trade credit insurance. ‘With financial and banking systems not sophisticated enough in many countries, banks remain reluctant to expand credit other than to the most creditworthy borrowers,’ he says. The system is further crippled by issues such as poor financial information and transparency. ‘To some extent, this aspect can be a hurdle to the development of a stronger private sector in many African countries.’ 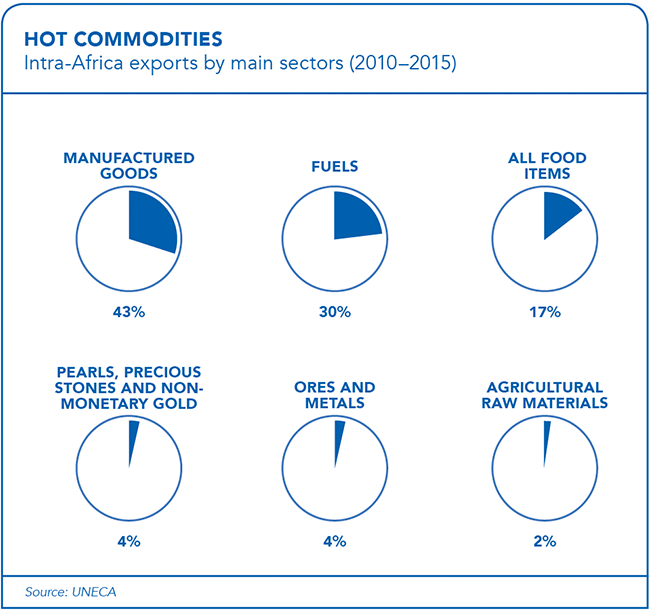 Companies can mitigate these risks and convince credit providers their money is not about to evaporate into an unforeseen political quagmire by purchasing cover through trade credit insurers. Many multinationals see Africa as an attractive growth market but they have limited experience on the continent.
‘They aren’t accustomed to the nuances and perils in this multifaceted environment,’ according to Kyle Mason, field credit analyst at Coface South Africa. He says the role of a trade credit insurer is not merely to indemnify risk, ‘but rather to mitigate risks and enable foreign organisations to traverse this complex environment’, which is why it’s beneficial to partner with local specialists who know the market.

In addressing this uncertainty, the Coface Global Solutions offering was designed specifically for multinational companies, notes Mason. ‘When conducting business in Africa, the Coface approach is both centralised and multinational, providing the structuring of contracts and services required by a multi-national’s subsidiaries, thereby enhancing the global credit management strategy of the organisation,’ he says. However, he adds that trade credit insurance is not solely the domain of large multinationals.

Many SMEs are under the impression this line of cover is unaffordable for smaller companies, ‘which is simply not the case’, he points out. Noting that, on average, 25% of companies go under due to unpaid debts, he advises that all companies leverage trade credit insurers’ knowledge, which has been accrued over decades by monitoring thousands of businesses operating in various parts of the economy. ‘It will ease the burden of validating and monitoring your own debtor’s book,’ he says.

Speaking at the International Infrastructure and Investment Construction Forum, Kutoane Kutoane, CEO of South Africa’s Export Credit Insurance Corporation (ECIC), explained to delegates the challenges facing Africa. The continent is highly fragmented – financial infrastructure to execute mega-projects is lacking; the technical knowledge has to be imported; and regulatory and policy frameworks at regional level continue to pose problems, among a slew of other obstacles, which make the case for trade credit protection seem cut and dried.

According to Kutoane, the benefits of ECIC-backed cover are myriad, including a limit to credit risks faced by the banks. ‘Delegates can view the ECIC’s backing as the South African government’s commitment and support for export of capital goods and services,’ he said. Furthermore, with help from the ECIC, buyers are able to secure long-term financing at competitive rates. The ECIC can also better assess the risk involved as well as provide comprehensive cover, particularly in risky sub-Saharan Africa jurisdictions.

Even in relatively established economies such as South Africa’s, companies are increasingly looking to trade credit insurance for risk cover – more so in the recent past. ‘With South Africa’s current economic and trade environment remaining constrained and unpredictable, businesses are increasingly recognising the benefits of trade credit insurance to protect their bottom line,’ brokerage Aon said in a 2017 media release, noting that liquidations, a stalling economy and flagging investor confidence in the face of ratings downgrades, were the main challenges to businesses in South Africa. ‘It would be foolhardy to believe that large businesses don’t fall too,’ the brokerage added ominously.

According to Maria Teixeira, trade credit, surety and political risks business unit manager at Aon South Africa, ‘trade credit insurance is a business imperative regardless of the size of the company’. 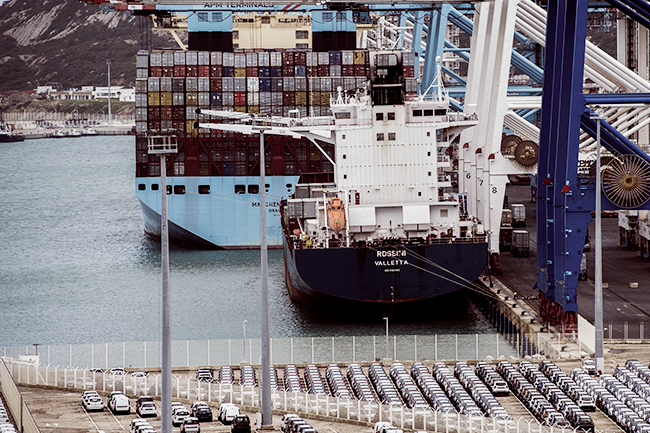 The ECIC provides cover to companies on the condition that a percentage of the goods for export are bought in South Africa; the balance of the goods can come from other countries. ‘By doing this, we support development in the host country but also encourage local procurement and sourcing in Africa,’ says Mandisi Nkuhlu, ECIC chief operating officer.

‘We have a strategic focus on Africa,’ he adds. Simply stated, the company facilitates and encourages the South African export trade by underwriting loans and investments outside of South Africa. ‘This will help contractors win international capital goods and services contracts,’ according to the company’s mission statement. Most of these goods are earmarked for large, long-term projects, which can take anything up to 15 years to repay the debt. These include infrastructure projects, such as the building of roads, power plants and telecoms. ‘We give the lenders – the banks and other financial institutions – the comfort to provide long-term credit to these companies.’

For lenders to take on risk in these jurisdictions, they often require risk cover. With this assurance, companies can expand their footprint ‘responsibly’, Nkhulu points out. The ECIC also helps companies mitigate risk. ‘That’s how we add value,’ he says.

Teixeira explains that an often overlooked benefit of trade insurance is that businesses can get better terms on bank loans to fund expansion. ‘While smaller commercial businesses are often viewed as a higher risk by lenders, credit insurance can help companies overcome such hurdles,’ she says.This enables suppliers to offer their clients better payment terms, ‘a distinct competitive advantage’, says Teixera, who adds that businesses also get a deeper analysis into the credit-worthiness of their customers.

Historically, the ECIC’s main risk exposure has been in the mining and power sectors, along with infrastructure and telecoms sectors, explains Nkuhlu. The company currently has the highest exposure to Ghana, with Zambia and, more recently, Mozambique, also featuring prominently on the company’s books. ‘We’re focusing on a few big projects in the gas sector in Mozambique,’ he says.

South Africa, Mauritius, Kenya and Rwanda are currently the top performers in the African market, but many countries are reforming in opening up their markets to investors, says Nizard. Quoting the World Bank’s 2018 Doing Business index, he points out that sub-Saharan Africa has achieved a record number of reforms over the past year to enable trade. ‘In 2017, this region represented 31% of all reforms implemented around the globe, as recorded by the World Bank.’

Nkuhlu says he expects high volumes of trade activity on the continent, but he admits there are regions where the ECIC can do with more exposure, particularly in East Africa, West Africa and some northern parts of the continent. ‘There’s a lot of room to do more business.’

Digital data technology, as well as barcode scanning, will be employed in... END_OF_DOCUMENT_TOKEN_TO_BE_REPLACED

Farmers in East Africa have a free, new mobile tool at their... END_OF_DOCUMENT_TOKEN_TO_BE_REPLACED