Robotics, automation and similar tech have already changed the face of manufacturing. This isn’t simply in response to improving cost efficiencies but more about elevating operational performance, which is the case for the valve industry.

Pam du Plessis is the CEO of Invincible Valves, an intra-Africa supplier of local and imported valves for the mining, power generation, petrochemical, water, sewage and general industries. She’s a keen tech enthusiast, and says that although the industry doesn’t really have ‘new’ tech because ‘valves are valves’, the variations of technology that come into play for her business are more relevant to automation, particularly those aspects that impact on plant set-ups.

When automated plant set-ups that require valve use are in their design phase, Invincible Valves is informed of specifications such as pressure and flow. The company then prescribes a solution, such as the valves and components that align to needs.

‘Traditionally the plant would have a programmable logic controller, which is loaded with variable scenarios on which it acts when it receives signals from the valves and/or actuators,’ according to Du Plessis. ‘In fact, we currently do a lot of work with actuators, where valves are opened and closed by means of air or electricity, so it eliminates the need for a person to go to a specific valve location to manually open or close it.’

Manually closing or opening valves can seriously affect the viability of a valve if forced into a closed position, not closed entirely, and/or closed beyond the seat. When automated, this action is performed at the push of a button or via a time-lapse system. Automation, therefore, ensures that the spindle performing the opening or closing is measured for perfect seating every time, so the chances of damage to the valve is minimised.

‘While automated plant environments don’t really impact enormously on our industry when it comes to valve design or performance, they are reactive in sending alerts when something is failing,’ says Du Plessis. ‘Response times are improved as a result, which should culminate in a longer valve lifespan and less maintenance.’

Robotics is a whole different story though. ‘The real impact of robotics, from my perspective, is in the casting, machining and assembly processes of manufacturing – and, again, this does not affect valve performance. In global mining operations, the use of robotics is largely limited to areas where safety comes first, such as in blasting or working at extended depths. So instead of having miners 800m underground, you can now blast and collect samples using robots.’

Why robotics is not currently being rolled out more prolifically in the mining industry, in Du Plessis’ opinion, is a matter of trust. ‘As they say in the classics, “seeing is believing”, so while one may be able to see more through the eyes of a robot, there’s no memory bank, opinion or personal preference to draw from. On the one hand there may be more clarity, but on the other hand there is some fear around its adoption and the impacts on performance.’

Where there is some tech excitement for valves is in 3D printing. ‘I think 3D printing could come into play over the next few years, and that will definitely have an impact on the engineering and supply of valves. Currently, I believe the cost is the deterrent but if we see the more cost-effective pricing, it may very well change the world as we know it,’ says Du Plessis.

‘There are some excellent positive spin-offs from 3D – lower plant emissions; no foundry-casting costs; no machining; and fewer rejected castings. Instead parts are printed in component form, such as flanges that would be drilled in the 3D process, which really just leaves assembly, test and paint as the only production required.’

Then there’s the fuel costs. ‘In SA we burn an obscene amount of fuel on power generation – be that through Eskom or generators – and foundries’ power requirements are astronomical, which again pushes up prices. Something has to give,’ she says.

Another punt for new tech that would have far-reaching positive impacts in Africa is the delivery aspect, that – for Invincible Valves, which has a massive African footprint – is always highlighted as an important link in the chain of dependability.

‘When a valve needs replacement, operators need to ensure as little disruption as possible to their processes, because valves play a huge role in preventing investments from shutting down completely,’ she says. ‘If plants of the future, particularly those in remote locations, include a hyperloop in their construction, which is a high-speed transportation system through a tube, pod or terminal, last-minute or crucial component valve orders will expedite in preventing small problems from becoming disasters.’

This introduces the question of whether imports outside of Africa are becoming more popular. ‘Local versus import is always going to be an issue,’ says Du Plessis. ‘In South Africa, we do not manufacture all valves locally. Instead we import “commodity” items because the cost to manufacture does not warrant local production. Local and imported valves will, therefore, continue to be used in the market until associated costs change in our favour.

‘That said, there are also third-party interventions because of our own foundry specialities. Currently we manufacture valves to supplement our stockholding to ensure we have enough product available for sale. While manufacturing is not our core business, it does form part of our operations because of the long lead times from our suppliers. We consider these buffer stock items that ensure we continue to service the market effectively and efficiently, and for business longevity.’

To ensure the longevity of Invincible Valves, Du Plessis details the company’s growth plan, which is to expand its footprint globally. ‘Our current focus is on the African continent, with an extensive number of agents sited in strategic locations,’ she says. ‘But we realise that there is also the potential to capture new market share in regions where we do not have representation.

‘Alongside that, we are also working on a strategy that will widen our network in the US. We currently have one satellite branch and intend to extend our presence to another two regions on that continent.’

This global expansion will enhance the strong grounding that Invincible Valves has in Africa through its agent network. These representatives ensure Invincible Valves is promoted through road- and trade shows. ‘We take great pride in agent selection. We educate them, share our knowledge, ensure empowerment and bring them on board as partners who are committed and well-versed in the valve industry. They are then invested as much as we are,’ says Du Plessis.

Such agents are also exposed to tech (be that through online training programmes, WhatsApp support groups), which includes direct lines to Invincible Valves executives; live camera and drone feeds from on-site project sites; and simulations.

The latter, she says, is where ‘the best learning takes place’.

The Invincible Valves continental network is positioned to provide highly technical solutions to clients quickly, as well as distribute stock. Stock held by agents is carefully considered and it is rare that an agent doesn’t hold the valves relevant to the market space in which they are active.

The only instance that time lapses might occur is when a valve modification or custom valve is required.

‘However, understanding complexities way ahead of time and being able to anticipate market trends and needs is a cornerstone of our business,’ says Du Plessis. ‘This also translates into being aware of the potential of new tech, what it means for our clients who adopt it, and how we can push relevant boundaries in our industry.’ 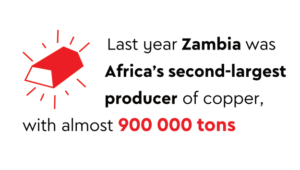 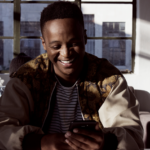 A initiative has been launched to help Kenyan sports fans save money... END_OF_DOCUMENT_TOKEN_TO_BE_REPLACED 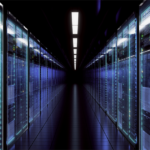 A 2MW data centre will be built in Rwanda. The facility, a... END_OF_DOCUMENT_TOKEN_TO_BE_REPLACED 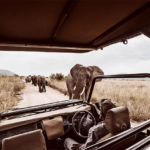 Tracking technology will be deployed across six game reserves in Africa. The... END_OF_DOCUMENT_TOKEN_TO_BE_REPLACED