While an increasing proportion of the continent is experiencing satellite-powered connectivity, a vanguard of researchers and entrepreneurs are creating a host of unique applications that can be used for early detection of natural disasters and in financial services – innovating on top of the expanding satellite footprint across Africa.

With advances in technology over recent years – as well as a drop in prices – satellite connectivity is no longer confined to the scope of large-scale industry applications, but rather, satellite is taking on a viable role in the consumer connectivity space, particularly so in rural areas.

As African consumers’ demand for data increases, satellite providers are responding with new launches and partnerships to tap into the opportunities presented by a data-hungry continent. Communications satellite services provider Intelsat made headlines in 2016 after launching the second of its new-generation Intelsat EpicNG high-throughput satellites (HTS) – the Intelsat 33e – to serve sub-Saharan Africa. The first of these cutting-edge satellites serves North and Latin America. 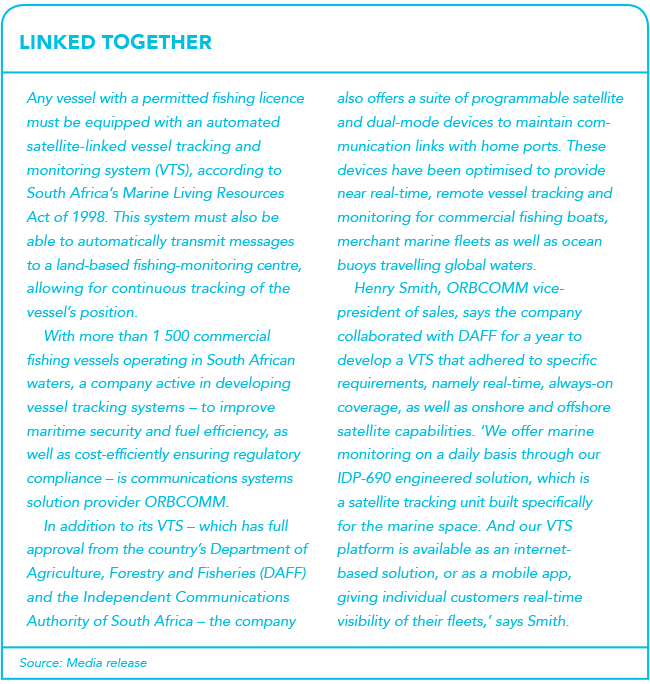 More recently in July this year, Intelsat launched its fourth HTS – the Intelsat 35e – also meant for the sub-Saharan market – an attestation of the opportunity presented by the African satellite market.

UAE-based Yahsat has been positioning itself to take a central role in the African satellite market, and today claims to be the leading Ka-band satellite provider on the continent. The company is currently preparing the final stages of the launch of its third satellite, Al Yah 3, which will expand Yahsat’s commercial Ka-band coverage to an additional 16 African markets.

With the new launch, Yahsat will have satellite coverage reaching 60% of Africa’s population, making substantial headway towards its vision of achieving coverage for the continent’s entire population and, in particular, to provide reliable and cost-effective high-speed broadband services. It’s a goal, the company admits, that still poses quite a challenge in the context of Africa’s existing infrastructure, but Yahsat maintains it can be addressed through the application of pioneering satellite technology.

According to Yahsat marketing and communications specialist Ismail Dawwas: ‘In terms of telecommunications infrastructure, Africa still faces a significant struggle to connect all the population with quality broadband. This is especially true in rural areas. Our state-of-the-art technologies bring affordable broadband service to everyone, and every day we work to advance these technologies.’

Israel-headquartered Gilat Telecom has also had a busy year. However – perhaps in contrast to the approach of other providers – Gilat’s activity has been characterised by a concerted shift towards integrating fibre into its connectivity solutions in Africa. This heightened emphasis on also offering fibre services is reflected in the company’s decision earlier this year to rebrand from Gilat Satcom to Gilat Telecom.

The company believes that being just a satellite provider is no longer enough in African markets.

Today’s market also requires communications providers to diversify their portfolios, says Gilat Telecom CEO Dan Zajicek, which is why the company is focusing on building out the capacity to offer a wider array of services.

‘More and richer content is now being accessed by African mobiles, which means there is a need to provide users with bigger data packages,’ he says.

However, as fibre connectivity is mostly limited to urban areas, satellite is a viable rural connectivity option. Satellite will also remain necessary in enterprise and industry settings, says Gilat.

‘The main challenge is that fibre is still only found in the main cities and larger towns of Africa. In the smaller cities, towns and rural areas, wireless broadband and satellite are still the only practical options,’ says Zajicek.

‘In Africa, fibre will continue to be laid and demand for satellite capacity in Africa will continue to increase, from traditional applications such as cellular backhaul, remote base transceiver station connectivity and broadcasting as well as in industries such as oil, gas and mining.

‘Cellular operators, ISPs [internet service providers] and other vendors that have fibre connectivity cannot rely on that as the sole supplier of connectivity and need the satellite back-up to build redundancy into the network.’

Over the coming months, IT and networking company Cisco will be upgrading and expanding Gilat’s existing points of presence (PoPs) in the DRC, Ghana, Nigeria, Uganda and Zambia – and building an additional PoP in each country.

This will not only enable Gilat to provide a robust network with faster and more reliable internet connectivity, but it will also position the company to offer services such as data protection, cloud telephony and distributed private networks.

Yahsat has also been forging partnerships with local and international organisations to explore the potential of satellite technologies in aiding development. Examples include bringing connected healthcare services to rural communities in Kenya, promoting e-learning in Maasai community schools, and providing connectivity to remote libraries in South Africa.

In addition to the infrastructural advances being forged by various satellite providers, research groups and innovative companies are beginning to exploit satellite technologies in unique settings.

In East Africa, the International Red Cross estimates that between 3 000 and 5 000 fishermen per year die in severe storms on Lake Victoria. Researchers from ETH Zurich, Switzerland and the University of Leuven, Belgium, in collaboration with NASA, have developed a new satellite product that maps thunderstorms that have taken place across East Africa between 2005 and 2013 and provides readings at 15-minute intervals.

Combining the results with computer-powered climate simulations, the researchers have created a statistical prediction system capable of warning local fishermen of storms hours in advance. The prototype, dubbed VIEWS (Victoria Intense Storm Early Warning System), has not yet been implemented, but the researchers believe that with ongoing development, the solution could prove highly valuable in predicting the onset of extreme weather. Thus, satellite-fuelled innovation could save the lives of numerous local fishermen.

In a more fantastical application of satellite, US-based start-up Blockstream announced its new service in August – Blockstream Satellite, which broadcasts real-time bitcoin transactions as well as blocks from a group of satellites in space. On launch, the company said the service was already available across two-thirds of the world, and stated its intention to ensure 100% of the global population would be covered year-end – including those without access to internet connectivity.

A mobile application developed in Ghana is being used to improve emergency... END_OF_DOCUMENT_TOKEN_TO_BE_REPLACED

At least 50 million COVID-19 vaccines are to be purchased and delivered... END_OF_DOCUMENT_TOKEN_TO_BE_REPLACED

Financing has been secured for the construction of one of Africa’s first... END_OF_DOCUMENT_TOKEN_TO_BE_REPLACED