For the best part of a decade, Africa’s banks have been looking for ways to capture and convert the continent’s unbanked. According to World Bank figures, only 34% of sub-Saharan Africa’s adults have a bank account. While financial inclusion in a market such as Kenya now stands at 82.9% (in August 2020, up from 26.7% a decade ago), there is still room for growth. The banks know this; and they know that by ‘banking the unbanked’, they’ll help Africa achieve the development goal of financial inclusion while generating more business for themselves.

Yet as Caroline Mukiira, GM of IBM East Africa, points out, ‘in highly regulated industries like the financial services sector, increasing financial inclusion for the unbanked is a juggling act between security and compliance together with innovation’. The answer, she says, is hybrid cloud. ‘Hybrid cloud can help banks and fintechs cope with the hurdles of compliance, security and innovation while meeting customer expectations and venturing into new services,’ she writes in a recent op-ed piece. ‘As banks become platform providers, hybrid-cloud adoption lowers the total cost of technology ownership and improves operational efficiency – promoting innovation, aiding in the development of new business models and supporting more fulfilling customer engagements.’

IBM has good grounds for believing in the cloud. In September the company announced that major financial institutions across Africa – including Ecobank, Nedbank, Attijariwafa Bank and United Bank for Africa – had signed up to use its hybrid cloud and AI capabilities to ‘deliver intelligent, cloud-based digital-first innovation’. Elsewhere, Standard Bank and Old Mutual are using Amazon Web Services to migrate parts of their production workloads to the cloud.

What’s key, though, is that they’re using hybrid cloud technologies. In early 2020, before the COVID-19 pandemic accelerated the shift to cloud even further, US-based cloud-computing company Nutanix published a global survey, which found that the vast majority of respondents (86%) chose hybrid cloud as their ideal IT operating model, with 43% citing the deployment of hybrid cloud solutions as a priority to emerge from the pandemic.

As with any buzzy tech trend, the term ‘hybrid cloud’ means different things to different people. Nutanix uses the most common definition, which frames hybrid cloud as ‘a combination of private’ – that is, cloud-enabled IT infrastructure running in a corporate data centre or privately hosted by a third-party service provider – ‘and public’ – that is, infrastructure-as-a-service (IaaS) and platform-as-a-service (PaaS) offerings from third-party cloud service providers – ‘cloud environments, with some level of interoperability between them’. The explanation might be cumbersome, but the technology itself is not. Hybrid cloud offers a best-of-both-worlds solution that African enterprises are adopting in droves.

Elsewhere, Japanese telecoms giant NTT’s 2021 Hybrid Cloud report found that 93.7% of organisations agreed that hybrid cloud is ‘critical to meeting their immediate business needs’. Their report notes that ‘a more efficient total cost of IT operations is the biggest driver of hybrid cloud adoption, and it’s easy to see why. The shift to a distributed workforce model has meant people require access to both data and applications in new, different, and often complex ways – and organisations want to enable that in not only a cost-efficient manner but in a high-performance environment too’.

Hybrid cloud can certainly be cost-efficient, but it can also bring unnecessary, unexpected expenses. ‘There is a growing awareness of the long-term cost implications of cloud,’ venture capital firm Andreessen Horowitz warns in a recent report. ‘As the cost of cloud starts to contribute significantly to the total cost of revenue or cost of goods sold, some companies have taken the dramatic step of “repatriating” the majority of workloads (as in the example of Dropbox) or in other cases adopting a hybrid approach (as with Crowd Strike and Zscaler).’ The Andreessen Horowitz report notes that those that have done this have reported significant cost savings. ‘In 2017, Dropbox detailed […] a whopping US$75 million in cumulative savings over the two years prior to IPO due to their infrastructure optimisation overhaul, the majority of which entailed repatriating workloads from public cloud.’ According to report co-author Martin Casado, ‘we’re just starting to understand the implications of cloud’. He told ITWeb that ‘we know the benefits, the agility, but we’re just starting to understand the economic implications. There’s a lot of discussion around what is the right architecture for cloud, what is the right cost model, how should I use cloud in different ways’.

As the technology continues to mature, another issue is emerging. The hybrid cloud model is becoming – as Andrew Cruise, MD of vendor-neutral cloud-infrastructure provider Routed, puts it – needlessly complicated. ‘Ultimately no one ever takes a pure route and even pure public cloud does not exist,’ he says. ‘So, let’s just call it cloud and understand that it covers a variety of scenarios.’

Cruise adds that there is no clear collaboration among cloud providers. ‘Providers of cloud platforms prefer to offer unique services specific to their platform where the end-user experience is typically very different across said platforms,’ he says. ‘Where collaboration is possible it’s through open APIs, but this lowest common denominator outcome means only the most basic and standard functions and services are easy to port between platforms.’

There is a need for more niche cloud platforms outside of the major hyperscalers, he says, because ‘local operators will always be able to offer specific solutions to local requirements. Local cloud operators can often offer a more tailored experience to SMEs than is possible when dealing with a faceless global public cloud corporation’.

Routed is a local, niche cloud provider, so of course Cruise would say that. But the Andreessen report backs him up. ‘Will the 30% margins currently enjoyed by cloud providers eventually winnow through competition and change the magnitude of the problem?’ it asks. ‘Unlikely, given that the majority of cloud spend is currently directed toward an oligopoly of three companies. And here’s a bit of dramatic irony… Part of the reason Amazon, Google and Microsoft – representing a combined approximately US$5 trillion market cap – are all buffeted from the competition, is that they have high profit margins driven in part by running their own infrastructure, enabling ever greater reinvestment into product and talent while buoying their own share prices.’

‘The data speaks for itself and is a firm testament to what we see unfolding in the local market,’ says Rowen Grierson, Nutanix sales director for sub-Saharan Africa. ‘That is that private clouds that marry themselves to a hybrid or multi-cloud universe are the preferred future infrastructure for African businesses. If we consider the data, the next five years in Africa will be an exciting time for IT and the cloud. While we still face challenges such as data sovereignty, compliance and a sparse public cloud footprint, we are turning this to our favour as we lead the charge in hybrid cloud adoption.’

As IBM’s findings – and investments – confirm, much of that adoption is being led by the financial services sector. But organisations across industries in Africa are realising the benefits of hybrid cloud and are benefiting both from the major players (Amazon, Google, Microsoft) and the smaller local providers. As Grierson puts it, ‘there is a wealth of opportunity in the region, and whether or not a single IT model ends up being the only infrastructure, it’s clear that companies in Africa have a clear view of how the cloud journey will unfold in their business’. 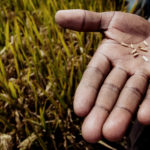 A start-up accelerator programme has been launched in Kigali, Rwanda, to boost... END_OF_DOCUMENT_TOKEN_TO_BE_REPLACED 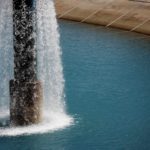 In a first for South Africa, plans for one of the world’s... END_OF_DOCUMENT_TOKEN_TO_BE_REPLACED 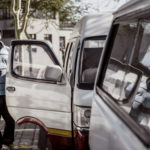 A ZAR1.1 billion COVID-19 relief fund is being disbursed to minibus-taxi, cab... END_OF_DOCUMENT_TOKEN_TO_BE_REPLACED