Joost de Kluijver is highlighting Africa’s e-waste problem one electronic device at a time. His company, Closing the Loop, imports electronic waste from countries such as Nigeria, Ghana and Cameroon and sends it to recycling facilities in Europe. From there, metals such as gold, silver, copper and palladium are recovered from components and sold on the open market or turned into jewellery. The Netherlands-based company funds its African e-waste collection by levying a fee of about US$6 per phone and US$18 per laptop on new electronic goods purchases via participating suppliers.

‘[This service] helps customers in the West to get what they want – greener procurement of mobile devices,’ De Kluijver told Reuters, labelling the fees as ‘waste compensation’.

Yet despite its good intentions, Closing the Loop is only scratching the surface of the problem. The amount of e-waste across the continent, and especially in South Africa, is growing at a rapid rate. According to the E-Waste Association of South Africa, the country generates about 6.2 kg of e-waste per inhabitant – of which just 12% is recycled. Elsewhere, the piles of e-waste in cities such as Accra in Ghana and Lagos in Nigeria are not because of locals throwing away last year’s mobile phone in eager search of the latest model, but the result of dumping by the developed world.

As a recent paper on electronic waste exports to developing countries puts it, ‘there are technological solutions for processing it, but these are costly, and the cheaper option for most developed countries has been to export most of the waste to less developed countries’. The report adds that the continent contributes 2.2 million tons of e-waste to the global environmental footprint. There is, however, a gold mine hidden in that junk: according to the latest Global E-waste Monitor data, Africa held US$3.2 billion worth of raw materials, such as copper, iron and aluminium, in e-waste in 2019 alone.

Joakim Reiter, external affairs director of Vodafone Group, notes that only 17.4% of all e-waste is collected and recycled across the globe. ‘At the heart of the issue is a lack of public awareness, preventing countries from developing circular economies for electronic equipment – a model where resources are reused and recovered rather than disposed of at end of life,’ he says. ‘It is critical that not only manufacturers, but also retailers, suppliers and individual consumers play their part in improving the prospects for circular economies.’ Considering the environmental impact of e-waste, and in an effort to reduce the volumes currently ending up in landfills, the South African Department of Forestry, Fisheries and the Environment introduced the amended Extended Producer Responsibility (EPR) regulations earlier this year. These apply to the electrical and electronic equipment, lighting, paper, packaging and some single-use product sectors. Electrical and electronic equipment producers have until 5 November this year to ensure compliance with the amended regulations, which outline a new approach to waste management, in a move to increase the country’s recycling, reduction, reuse and recovery rate.

The aim is to recycle 51 500 tons of e-waste per year by 2026 (including products such as light bulbs, batteries, solar panels, single-use products, vinyl, metal and glass packaging, vehicle lights, laser lighting, toys, televisions and computer screens, and domestic appliances).

According to the department, manufacturers and importers of products are responsible for the impact of their products on the environment. ‘The EPR ensures that those products are either recycled or upcycled, and that waste products disposed at landfill are kept at a minimum,’ it states. ‘[It] provides the framework for the development, implementation, monitoring and evaluation of EPR schemes by producers as part of the country’s post-consumer stage waste-management strategy.

‘This means that producers, or a class of producers, including brand owners, would be required to set up procedures, processes and invest resources to implement the EPR measures with regards to the management of waste generated by their industries.’ Non-compliance of the regulations could result in a 15-year prison sentence, a fine or both.

Several corporates, such as Vodacom, have been proactive in addressing the e-waste problem. Vodacom offers its customers a buy-back option as part of the company’s efforts to reduce its environmental impact by 50% by 2025. In 2020, the company repaired more than 316 000 devices; refurbished, reused or resold about 77 000 devices; and recycled 11 000 phones. Vodacom has also partnered with Netherlands-based smartphone manufacturer Fairphone, which invests in recycling programmes to buy back e-waste from landfills for safe recycling in Europe.

Samsung South Africa has also launched a trade-in programme for its customers, who can trade in selected Samsung (and non-Samsung ) devices such as laptops, mobile phones and tablets to be disposed of responsibly. ‘With annual e-waste expected to reach as much as 74 million tons by 2030, it is undeniably the time to take steps to reduce consumption and minimise waste,’ it states. ‘Repairing old devices, on the other hand, saves energy and finite resources that would otherwise be consumed in the manufacturing of new products, which carries considerable negative impacts on the environment.’

However, more governmental action is required if the continent is ever to deal effectively with existing e-waste. According to the International Telecommunication Union, only about 13 African countries have a national e-waste policy, regulation or legislation in place. It adds that ‘the role of producers in African e-waste management remains relatively unclear, and traditionally the financial burden lies mainly with the public sector’. Countries that have implemented EPR regulations include Ghana South Africa, Nigeria, Cameroon, Egypt, Côte d’Ivoire, Kenya, Madagascar, Rwanda and Zambia.

Until there is more enforcement of anti-dumping measures, analysts say, countries will continue to accumulate mountains of ICT rubbish. Take Nigeria, for example. ‘Nigeria’s piles of e-waste come both from home and abroad. The country generated 290,000 tonnes of electronic waste in 2017 – a 170% increase against 2009,’ the UNEP noted in 2019. ‘While the true amount of overseas-generated waste landing in Nigeria is hard to quantify, […] research has revealed more than 60 000 tonnes of used electrical and electronics equipment are shipped into the country annually via Lagos ports alone, with an unknown amount imported over land routes from neighbouring countries. More than 25% of this is dead on arrival – heading straight to dumps or dismantling.’

In response, Nigeria’s government has adopted the EPR principle, requiring all companies that manufacture, assemble or import electrical equipment take responsibility for their products once they are no longer in use. The NPO E-waste Producer Responsibility Organisation of Nigeria (EPRON) was also established, in 2018, by electrical and electronic producers to oversee the safe management of e-waste in the country. Key stakeholders include HP, Dell, Phillips, Microsoft and Deloitte.

In addition, a call-to-action initiative by the WEF was implemented in 2019. Titled the Circular Economy Approaches for the Electronic Sector, the US$15 million project aims to bring together the government, private sector and civil society to initiate a self-sustaining circular economy approach for electronics that protects the country’s environment and creates safe employment. Its goal is to collect, treat and dispose of more than 270 tons of e-waste contaminated with persistent organic pollutants, as well as 30 tons of e-waste containing mercury. The initiative supports EPRON, as well as the UNEP, Global Environment Facility (GEF) and the Nigerian government, among others.

Naoko Ishii, GEF CEO and chairperson, notes that a new relationship with natural resources and economic systems is urgently required. ‘We need to adopt a new way of doing business that brings together all actors along the supply chain, and across entire industries,’ he says. ‘The Nigerian electronic-waste project will put this new way of thinking into practice and is an approach we hope other African countries will adopt.’ 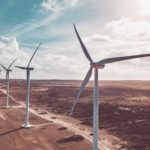 A EUR400 million financing scheme has been set up to support private... END_OF_DOCUMENT_TOKEN_TO_BE_REPLACED 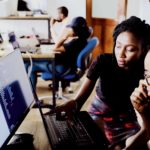 A new US$75 million fund aims to upscale AI and blockchain start-ups... END_OF_DOCUMENT_TOKEN_TO_BE_REPLACED 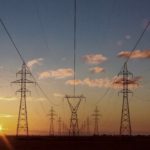 A five-year, ZAR9.35 million programme has been launched to boost the South... END_OF_DOCUMENT_TOKEN_TO_BE_REPLACED