They are a colourful tourist stereotype: a gaggle of enthusiastic Chinese tourists wielding cameras with long zoom lenses and oohing and aaahing as a lazy lion unfurls itself and ambles towards a watering hole. Snap! Snap! go the high-end cameras…

These travellers from the East have enormous potential to transform Africa’s tourist economy. China’s huge population, for example, is travelling more and more as restrictions are lifted, and it now constitutes a major market for travel companies.

With an increase in the numbers of direct flights, relaxation of visa requirements and other incentives, many African countries are gearing up for a boom in tourism from the East. According to the UN World Tourism Organisation (UNWTO), China was the world’s top outbound tourism market in 2015, with more than 100 million Chinese people travelling abroad. China also tops the list of the world’s tourism spenders, according to the WTO, parting with US$292 billion in 2015 (ahead of the US with its US$120 billion and Germany’s US$76 billion).

Globally, tourism is considered a major driver of socio-economic progress through job creation, export revenues and infrastructure development, and Africa is receiving a chunk of this attention. According to a 2013 World Bank report titled Tourism in Africa: Harnessing Tourism for Growth and Improved Livelihoods, tourism was credited for one in every 20 jobs in sub-Saharan Africa in 2011, and is one of the limited industries in which women have significant representation as employees and managers.

China was the world’s top outbound tourism market in 2015, with more than 100 million travelling abroad

Africa’s strong performance in 2014 (up 4%) makes it one of the world’s fastest-growing tourist destinations, second to South-east Asia (up 6%), and sub-Saharan Africa is reportedly beating other regions in terms of tourism growth.

A number of factors have driven this, both from African destinations themselves, as well as the Chinese government and private sector. In December 2015, for example, China unveiled a major 10-point China-Africa co-operation plan and an offer of US$60 billion of funding support to strengthen its co-operation with Africa. Last year, China Southern Airlines launched flights to Kenya, catering to the bustling Nairobi-Guangzhou route, while Air China commenced direct flights from Beijing to Addis Ababa in Ethiopia.

In the past, stringent visa regulations have been a major stumbling block in the way of Chinese tourists planning to visit Africa. Recently, however, some African countries are relaxing their visa regimes to attract more Chinese tourists.

Since 2004, when China granted Kenya approved destination status (ADS) for outbound tourist groups, China has become the major tourist source for Kenya in Asia, with more than 40 000 Chinese visiting Kenya in 2012, an increase of 10.4% compared to 2011. The introduction of direct flights to Kenya and the increased marketing of Nairobi as a tourist destination across China is reportedly a positive trend for the growth of Chinese tourists to the East African nation. The Kenya Tourism Board (KTB) expects the number of Chinese visitors to exceed 100 000 by the end of 2016.

A study by the World Travel & Tourism Council and the UNWTO in 2014 revealed that visa facilitation, including e-visa and regional visa co-operation, has led to immense economic benefits for the African countries that have adopted this approach. According to the study, visa facilitation systems and policies can augment tourism revenues and increase employment by levels of 5% to 25%.

Some examples of best practice in this area include the single East Africa visa, facilitated by the East African Community (EAC), and SADC’s Kavango-Zambezi (KAZA) visa between Zambia and Zimbabwe. Both cut through red tape and save time and money.

The latest statistics released by Stats SA in June show that tourist arrivals from the East, particularly China (including Hong Kong) and South Korea continue to grow impressively. Arrivals from Asia in April 2015 (18 591) grew by 8 195 to 26 786 by April 2016.

‘This represents a significant portion of arrivals and certainly contributes to growing tourism,’ says Ramawela. ‘We know that the numbers we currently receive, especially from countries such as China and India, are small compared to what our competitors get, but we are working at it together with our government partners.’ This includes collaboration in strategy formulation and implementation, and funding some of the joint initiatives to ensure we grow our arrivals from these markets. Of the overseas visitors arriving in South Africa in January 2016, arrivals from China grew by a remarkable 93%. Germany improved by 22%, the UK by 16% and US by 11%.

While an impressive figure, the 93% achievement was measured off a low base. South African tourism, specifically from the East, took a massive knock in 2015, owing to stringent, ill-advised visa reforms and restrictions around children travelling with adults. Plunging figures and an outcry from the industry forced some frantic back-pedal-ling through red tape.

In a report on the impact of South Africa’s updated visa rules on its tourism industry, global consultancy Grant Thornton established that the country lost 150 000 visitors in the first quarter of 2015, with US$128 million direct spending not reaching this sector in comparison to the same time last year. 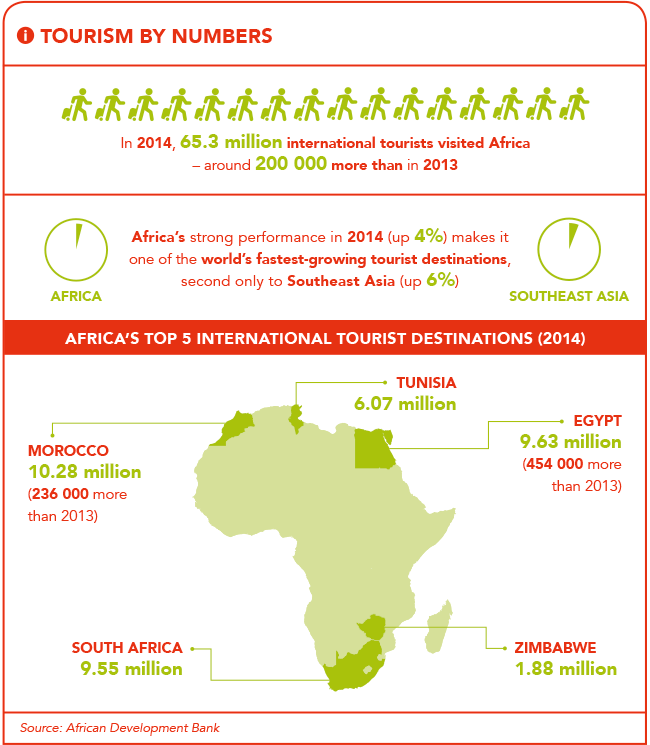 Changes implemented recently to visa regulations specifically for the Chinese market include new visa-processing centres, accredited travel company programmes and specific visa exemptions. ‘The significant growth in arrivals from China is a welcome relief and it truly is an indication that the amendments to visa regulations for the Chinese market are already starting to bear fruit,’ says Lee-Anne Bac, director of advisory services at Grant Thornton in an online press release.

South African Tourism’s regional manager for the Asia-Pacific region Bradley Brouwer says that after a slow performance last year, almost all Asian markets are on a growth trajectory to South Africa, as well as other SADC countries. There is a strong increase, especially from China, Japan and South Korea, he says – all showing a double-digit boost in the past six to seven months.

South African Tourism has actively made sure that the country’s visibility and great-value offerings are available throughout these markets, says Brouwer. There are a number of initiatives to drive growth in the sector.

In May, South Africa opened five more visa-application centres in Shenyang, Wuhan, Xi’an, Hangzhou and Jinan. Together with the visa-facilitation centres already operating in Beijing, Guangzhou, Shanghai and Chengdu, the nine facilities cover most of China.

From January, transit visas for travellers entering South Africa’s six neighbouring countries are no longer required. Travellers may apply in person or via an ADS agent. Biometrics and fingerprints will be captured only on arrival at South African ports of entry.

South African Tourism is not alone in punting its wares on this continent. According to the Beijing Review (BR), several years ago, high-ranking Egyptian officials – including then President Mohamed Morsi – met with tourism officials in Beijing to discuss ways to increase outbound tourism to the North African country. Chinese tourists reportedly account for about 20% of Egypt’s incoming visitors, and the latter country is eager to increase that number by increasing flights between the two countries, as well as granting visa entry to Chinese tourist groups on their arrival in Egypt.

Another African nation keen to woo China is Zimbabwe. As reported by BR, it sent a tourism delegation to participate in the largest professional travel expo in Asia – the 2014 China International Travel Mart – and set up a new visa-application system that allows tourists to apply online rather than travel to the embassy in Beijing.

If the numbers are to be believed, and the growth trajectory continues, travellers from the East into Africa bring with them untold economic promise and prosperity for the continent.

Côte d’Ivoire has become the second country to take delivery of COVID-19... END_OF_DOCUMENT_TOKEN_TO_BE_REPLACED

Nigeria is set to commence work this quarter on a complete overhaul... END_OF_DOCUMENT_TOKEN_TO_BE_REPLACED

Burundi and Rwanda are going ahead with plans to build a multi-purpose... END_OF_DOCUMENT_TOKEN_TO_BE_REPLACED