The World Bank produces a biennial report, Connecting to Compete: Trade Logistics in the Global Economy, which ranks the logistics performance of countries around the world. In the 2010 report, South Africa was ranked 28th out of 155 countries. The most recent ranking in 2018 placed it 33rd out of more than 160 countries. The country’s five-spot drop is largely due to changes in specific metrics, including logistics quality and competence, and quality of infrastructure – both categories in which South Africa’s rating has declined over recent years. But, compared to other African countries, South Africa is still a star performer.

Owen Skae, director at Rhodes Business School, believes South Africa’s supply chain field is very competitive within the African context, and compares favourably with the ‘best of the best’ globally. Mungo Park, past president and current director of SAPICS, the professional body for supply chain management, says that South Africa’s adoption and implementation of good supply chain practices has been more rapid than the rest of Southern Africa, and that the country does well to keep pace with global trends. ‘South Africans have an appetite for learning and as such, have definitely not been left behind by the rest of the world,’ says Park.

Where we could see an improvement, Skae believes, is where infrastructure is concerned. ‘South Africa’s port facilities, for example, or the fact that the rail network is not what it should be, meaning that there is an over-reliance on the road infrastructure and truck transportation,’ he says. When it comes to imports and exports, the bottlenecks and backlogs at border crossings are another concern, according to Skae, as they impact the cost of doing business. Likewise with the delays loading and offloading goods when ships come into port. Park adds that while infrastructural challenges are indeed an inhibitor to supply chain excellence in Southern Africa, he is ‘encouraged by some of the innovative approaches adopted by South African logisticians to mitigate and overcome these’. 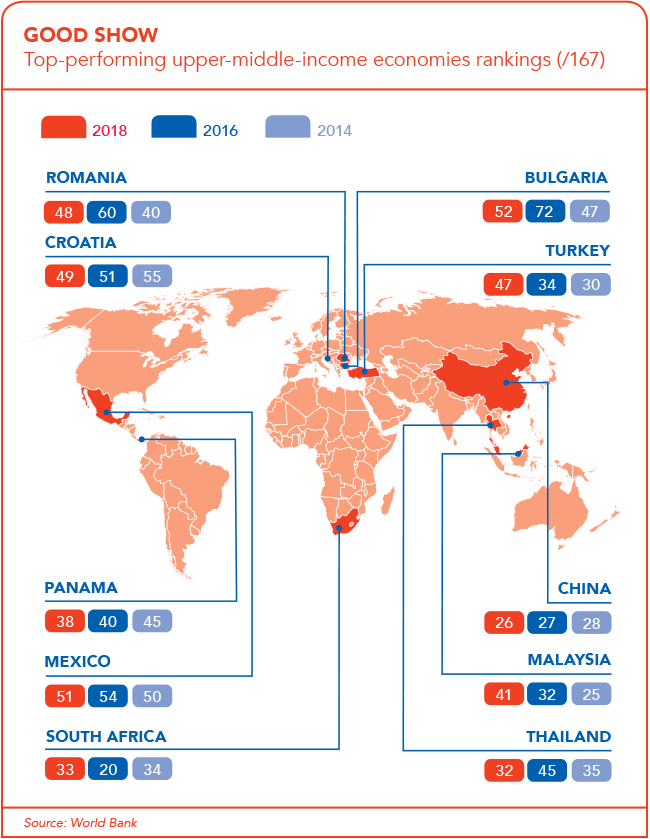 In recent years, the efficiencies and successes of the supply chain have been greatly bolstered by advances in technology and digitalisation. AI is commonplace within the logistics industry – think AI-assisted braking or lane assist in vehicles; dynamic traffic management systems that can monitor traffic flow and predict patterns; and warehouses that use AI to automatically sort, count and move products. Moreover, the glut of data to which analysts now have access is helping to streamline operations, and aiding the planning process. Predictive reporting allows companies to make more accurate shipment estimates and adjustments if necessary, while software robotics has replaced previously manual business processes such as procurement and finance.

Skae says there is no doubt that digitalisation has had a significant impact on supply chains. Such things as smart technology, predicting in real-time, virtual routing and scheduling, super-smart software that can work out optimal loads and track vehicle performance, when added together, translate into significant cost savings, he says. The use of low-impact technologies such as delivery drones is also becoming more prevalent, he continues, as is the use of on-site 3D printing.

A divergence from fossil-fuel-powered vehicles towards those that run on batteries is also significant, he argues. ‘I think we will continue to see a movement away from the traditional way of moving things. My view is that, by and large, these would all be good changes. In the near future, we might even have driverless or autonomous vehicles travelling on specifically set-up corridors. I think it’s going to be quite profound,’ he says.

‘A supply chain is not linear. It is not just one manufacturer, one supplier, one distributor,’ says Doug Hunter, head of professional services at SYSPRO.

‘It is made up of multiple suppliers; it’s a supply network. And digitalisation has enabled a lot of collaboration.’ Hunter highlights the usefulness of radio frequency identification (RFID) as one of the most impactful technologies in the industry: ‘RFID tags give you visibility of your products in the supply chain.

‘So, if you have a shipping container, for example, you might have access to a device inside that container, monitoring conditions within – such as temperature – and accurately tracking the items and delivery times. Although it is an expensive system to start, which is perhaps prohibitive, it offers an excellent way to track and trace.’

Data is another outcome of digital technology that Hunter says offers immense value for the supply chain. Using causal analysis, a likely pattern of supply and demand can be obtained, meaning you can plan and forecast far more accurately. ‘Predictive analytics is another very useful way to gain greater insight, and this is driven largely by AI.’

Asked which technology has had the most impact on the supply chain, Park says it is difficult to isolate just one. ‘There have been so many good technologies emerging, which range from fine-picking technologies to hand-held devices for parcel delivery, to real-time data facilitating effective control towers. I think it’s something that makes the supply chain profession so exciting and interesting, the fact that new technologies are emerging, and practitioners are finding innovative ways to apply the technology and create solutions.’

Cobus Rossouw, chief strategy officer at Imperial Logistics, believes digitalisation has the power to transform the logistics industry, given how it is changing the way that business is being done. As such, he says, companies wanting to remain competitive must embrace and leverage disruptive new technologies and trends, which are changing well-founded business models and establishing new ones.

In 2018, Imperial Logistics opened a second supply chain lab, two years after the first was commissioned in Berlin. The facilities help the firm to customise tech-driven solutions for their clients, offering services such as digitalisation workshops, digital readiness training, creathons, hackathons and minimum viable product projects. To further drive the practical application of disruptive innovation and new technologies, Imperial recently established a US$20 million innovation fund, in partner-ship with Newtown Partners. According to Rossouw, the fund will invest in high-potential start-ups in relevant supply chain and logistics technology areas, in response to current and future developments in the logistics industry.

Jane Lagaay, CEO of SG Mobility, speaking from the perspective of a supply chain service provider, says that to be an effective supply chain manager, one needs to have a clear understanding of a company’s total supply chain objectives and measure this on a fully integrated basis. ‘Fragmented supply chain management is a fundamental cause of supply chain inefficiency, either in the form of disrupted service levels and/or cost overruns,’ she says, adding that, in many instances, companies do not give supply chain management the focus or recognition that it deserves. ‘Very often it is left to procurement departments, which treat it as a commodity. They are not sufficiently skilled in supply chain management, and the longer-term opportunity costs of this can be very detrimental to a business.’

Looking to the future, Lagaay says that, as consumer buying patterns change, conventional supply chain models will come under increasing pressure. ‘Agile supply chains will become even more relevant and those businesses that are slow to adapt will cease to exist,’ she says.

Park predicts that there’ll be ‘rapid, incremental improvement with new technologies being adopted’. According to him, ‘in the First World we are already seeing an increase in the use of robots. There is a lot of hype about drones, self-driving vehicles and blockchain but I think we are a long way off from seeing these widely adopted either globally or locally. Of course, there are niche applications for those technologies, but there are also social factors in South Africa that may delay the adoption of some new technologies. I think that [IoT], some robotics, augmented reality and big data analytics are probably the “next big things” on the supply chain horizon’.

Skae argues that environmental concerns are going to become more prevalent ‘because the conscious consumer wants to know if your supply chains are harmful to the environment or if your goods are being moved in a responsible way’.

He also believes climate change should be discussed in the industry. ‘There is no doubt that climate change is going to have a profound impact on supply chains, which means there’s going to be increased volatility,’ says Skae.

‘It’s not about global warming, it’s about the changing climate, and extreme fluctuations of weather patterns. It’s going to impact the entire supply chain; from macro-modelling down to micro-delivery. It is going to have profound impacts in ways we haven’t yet fully anticipated. I think only those organisations that embrace what this means are the ones that are going to future-proof themselves.’