The key to unlocking cures for a series of diseases may well lie in the humble African fruit fly. Normally, most of the biomedical research conducted in African laboratories is done by using rats. However, this is quite an expensive exercise, according to a Mail and Guardian Africa report.

Over the last three years, a project known as DrosAfrica has organised workshops at the Kampala International University’s Institute of Biomedical Research in Uganda to drive the shift from using rats to flies as experimental organisms. According to the Universitat de Barcelona – which has been using flies to study human diseases for more than a century – the sequencing of fly and human genomes have revealed that these species share 70% of the genes associated with diseases.

So far, flies have played a role in identifying genes related to the human immune system and cancer, as well as Parkinson’s disease and Alzheimer’s. Plans are under way to extend the project to Kenya and Nigeria during the course of 2016. 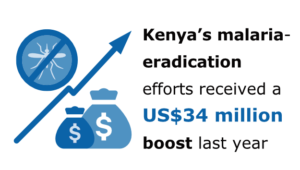 Blockchain technology is proving to be a lifeline for residents of a... END_OF_DOCUMENT_TOKEN_TO_BE_REPLACED

Ghana is poised to become the West African regional hub for cheaper,... END_OF_DOCUMENT_TOKEN_TO_BE_REPLACED

Thousands of Ethiopians are set to benefit from a dam and a... END_OF_DOCUMENT_TOKEN_TO_BE_REPLACED