The Tinto runs like a noxious red ribbon from the Sierra de Huelva mountains, through Andalusia and down to Spain’s Gulf of Cadiz. For nearly five millennia, gold, silver and copper have been mined along the fabled river, with dissolving iron pouring into its famous red waters. The toxically high acidity levels keep people and animals away – only geologists, lured by the extremophile aerobic bacteria, have any real interest in the Tinto. They believe it could provide clues to conditions on the acidic oceans of Jupiter’s moons.

As Johann Tempelhoff, an extraordinary professor at the South African Water History Archival Repository at North-West University, told the Mail&Guardian in a recent interview, ‘that river is still polluted. It’s dead. That is the crisis we are sitting on with acid mine drainage. Essentially, it’s something that extends over thousands of years’.

Nadja Kunz, assistant professor at the University of British Columbia, has a similar take. Speaking to the Intelligent Miner, Kunz says that ‘mining operations have a unique relationship with, and dependency, on water. Water is an essential input for mineral extraction and processing, but too much water can also pose production and safety risks – for example, the risk of underground mine collapse due to flooding, or tailings-dam failures. Mining operations can also interfere with natural water systems throughout the entire mine life cycle, from exploration through to operations and closure. It’s no surprise that water-related issues are a significant legacy issue at many mines after closure’. 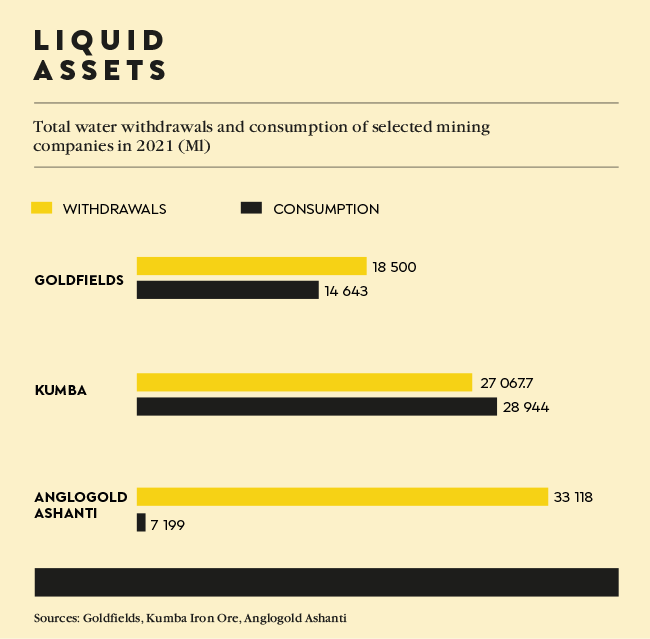 Kunz points to Faro mine in Canada’s remote Yukon as an example. ‘Faro was once one of the largest open-pit lead-zinc mines in the world as well as a significant producer of silver,’ she says. ‘However, it now represents one of the most complex abandoned-mine clean-up projects in Canada.’ The clean-up costs of removing Faro’s 70 million tons of tailings and 320 million tons of waste rock are estimated to be more than CAD500 000.

Every water expert has their own mining-related horror story, precisely because of that ‘unique relationship’. According to the Minerals Council South Africa (MCSA), the sector uses about 5% of South Africa’s available water. The figure in Australia is roughly the same.

Yet here’s where that unique relationship becomes complicated – mineral deposits are clustered, so mining-related water use is heavily localised. In Western Australia, for example, mining accounts for about 26% of the state’s water consumption. And as South Africa’s former Minister of Water and Sanitation Nomvula Mokonyane noted in a 2016 report, ‘many […] mines are located in water resource-scarce catchments (for example, the Lephalale and Steelpoort area in the Limpopo province) where the availability of water can become a significant business risk’.

So … it’s complicated. And as miners seek to reduce costs and improve efficiencies, their relationship with water has become more important than ever. The challenge now is to ensure that they use water safely and without polluting local groundwater supplies; and that they use it – and reuse it – as often and as efficiently as possible.

As Antoine Frérot, CEO of water management firm Veolia, puts it, ‘wastewater can no longer be regarded as waste. Today, only 2% of the wastewater produced in the world is reused. There is a lot of room for improvement’. Veolia proved that through its work with AngloGold Ashanti’s Iduapriem opencast mine in Ghana. In 2014, the company was contracted to operate and maintain a water-treatment facility at the mine, helping the operation to recover 81% of its wastewater.

In June 2022 Anglo American announced a partnership with the Port of Açu in Brazil, looking into ways of reusing the water that is used to carry ore from its Minas-Rio operation in Conceição do Mato Dentro to the port, where it is filtered to separate the water from the ore. ‘At the moment, the effluent is then treated and disposed of, legally, in the sea,’ according to the company. ‘The partnership will study the possibility of treatment and use of part of the effluent in the port’s industrial complex – the Port of Açu has the third-largest iron-ore handling terminal in Brazil.’

That’s in line with Anglo’s efforts in South Africa, where its Kumba Iron Ore business is now mid-way through a ZAR90 million, five-year plan to achieve 14% reduction in water usage at its Sishen and Kolomela mines by 2025. Both mines are located in the water-stressed Northern Cape, where Kumba is already a net contributor of water, providing about a third of water in excess of operational needs to surrounding communities through Sedibeng Water. According to a company report, Kolomela artificially recharges about 36 000 m³ of clean mine water every month to the underground aquifers that its operations traverse, improving groundwater resources for farmers in the surrounding area.

That’s part of a growing trend of mining companies tapping into a circular water economy. Going into the 2022 Mining Indaba, the African Circular Economy Alliance (ACEA) identified three circular-economy principles for the African mining industry to engage with, namely to recycle, reduce and reuse resources and waste; to regenerate natural resources; and to design out waste. ‘One of the chief areas for reuse comes in the use of water by the mining sector,’ the ACEA stated ahead of the event.

‘Water is used to process minerals, transport slurry and control dust, and a large mine can use as much as 30 418 megalitres each year, enough to feed more than half of Africa’s population for a day.’

The ACEA emphasised that the use of water could be decreased if mines recycled, reused, concentrated and reclaimed their wastewater. ‘Mining companies can improve wastewater management in three ways. Lining waste and tailing dams to avoid water seepage; put wastewater in tanks to prevent evaporation; and filtering water from slurry/sludge/tailings before storing the waste in dams.’

Elsewhere, South Africa’s Council for Scientific and Industrial Research (CSIR) has announced that it had developed a zero liquid-discharge technology to minimise the ecological impacts of acid mine drainage.

‘Conventional technologies to treat AMD often relied on the use of a lime and filtration technology that generated toxic sludge,’ the CSIR notes. ‘This has prompted the need to look for alternative technologies with a minimum or zero ecological footprint. The CSIR’s quest to find an alternative cleaner technology to curtail the impact of AMD on the environment resulted in the development of a robust treatment technology called magnesite-softening reverse osmosis.’

The tech uses a combination of activated magnesite, softeners and reverse osmosis to recover valuable minerals at different stages of the process. ‘This initiative will foster the concept of a circular economy, waste valorisation and beneficiation,’ says the CSIR. ‘Revenue generated from the re-sale of recovered minerals will offset the running costs of the system, making it self-sustainable.’

Yet perhaps the greatest circular-economy opportunity lies in mines (re)using water to generate energy. The headline news coming out of the Mining Indaba was the development of South Africa’s first hydrogen corridor, powered by the hydrolysation of large volumes of mining wastewater. The project promises to generate 14 000 jobs and US$400 million in GDP by 2050 … and, perhaps just as significantly, green energy for the country’s strained power grid.

Anglo, meanwhile, is developing a system that will use water in its underground mines to generate hydroelectricity. The pumped hydro storage system will, the company indicates, dovetail with wheeled wind and solar power to provide on-site energy.

‘Water is fundamental for our operations and the communities around us,’ Anglo American chief executive Mark Cutifani said at the company’s April 2022 sustainability performance update. ‘Our Sustainable Mining Plan sets out very ambitious targets for reducing our water footprint, including to reduce freshwater usage by 50% by 2030 and an intermediate target of 20% by the year 2020, which we met.

‘We are also committed to ensuring that the water assets we manage and the savings we achieve by reducing our water footprint translate into making additional water resources available in ways that are socially equitable, environmentally sustainable and economically beneficial.’

It’s a world away from Spain’s polluted Tinto and another step forward in the global mining industry’s shift towards using less water, more safely and more efficiently. 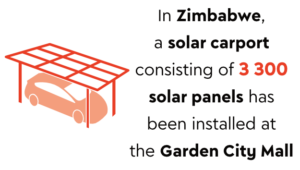 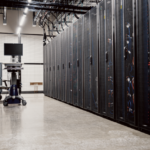 The construction of an additional data centre in Nairobi has commenced. Once... END_OF_DOCUMENT_TOKEN_TO_BE_REPLACED 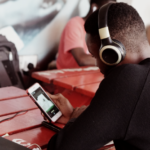 A mobile game publisher based in Africa has raised US$27 million in... END_OF_DOCUMENT_TOKEN_TO_BE_REPLACED 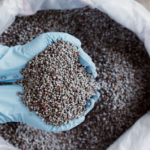 An African phosphate producer has confirmed the first bulk sale from the... END_OF_DOCUMENT_TOKEN_TO_BE_REPLACED